After the v4.0.0 update, a limited-time Chiikawa tie-in Bingo event will be available!

“Bingo” is a limited-time event where players use Chiikawa Bingo Tickets that they have collected in the game to make draws for various rewards!
Players will receive rewards for each horizontal, vertical, or diagonal line they complete in the 3x3 bingo sheets available in this event. In addition, players will also receive random rewards when completing tiles where gift boxes have been placed.

You can access the Bingo screen through the Bingo banner located on the Home screen.

Bingo tickets will be distributed only during the event period, but players will still be able to use remaining tickets to fill in bingo sheets and receive rewards until 7:00 a.m., January 19 (PT).

Chiikawa Bingo Tickets can be earned by completing the following bingo missions or special daily mission:

(Update)
We have corrected the above details about the daily missions.

Special Appearance from Usagi
During the event period, Usagi will appear on your first visit to the Chiikawa Bingo every day, and randomly fill out three bingo tiles for you! If the bingo sheet you are currently on has less than three tiles left, he'll only fill out the remaining tiles to complete that sheet for you.

Players can receive any of the following rewards when getting Bingo:

Note:
- If you have previously obtained any of the above alternate-art cards during the previous Chiikawa tie-in event, you will receive 30 rupies in their place. 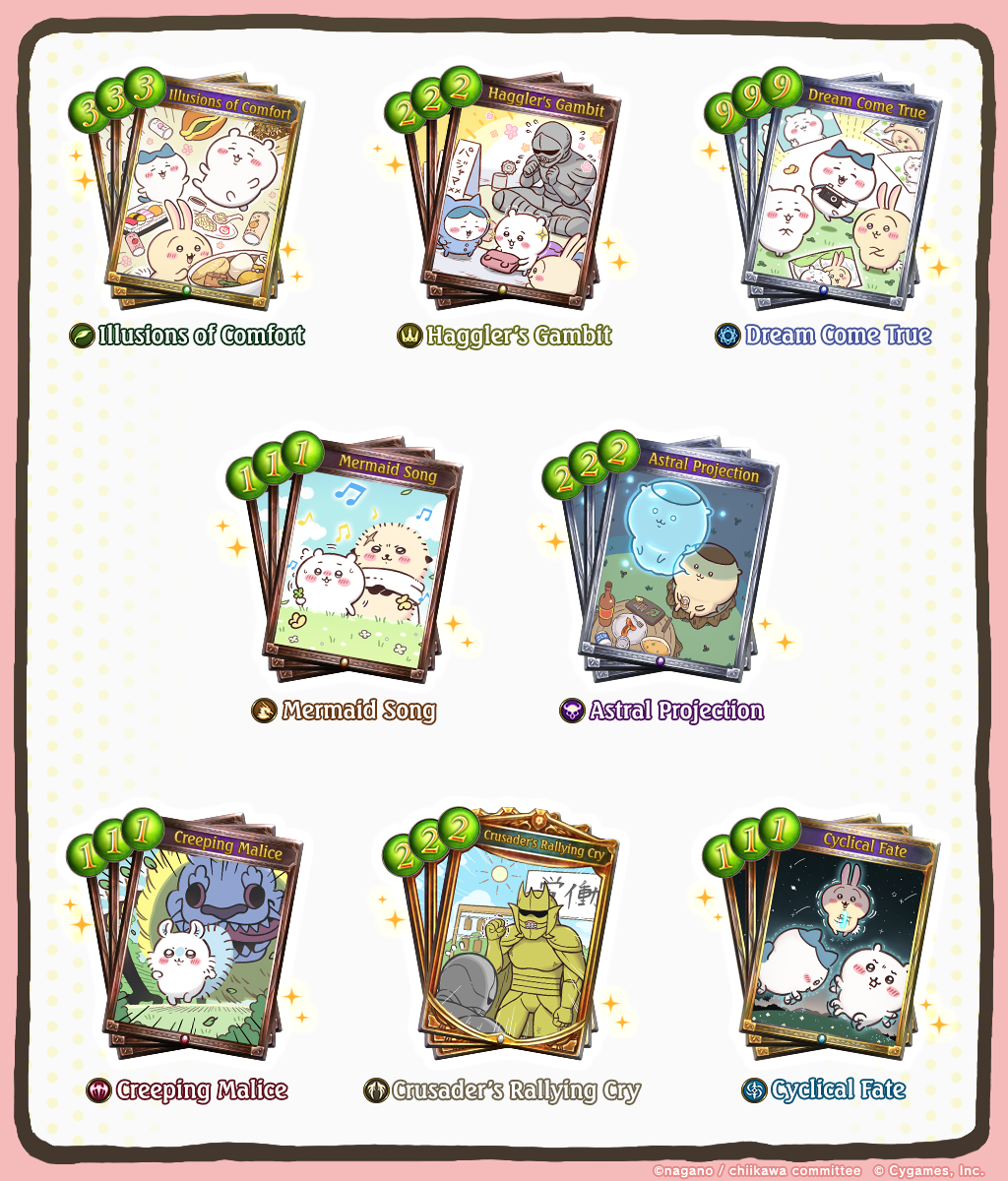