The Winter Cup 2022 differs from a standard Grand Prix in the following ways:

- Both Stage 1 and Stage 2 will be limited to 5 rounds per day.
- There will be a small chance to get special rewards during Stages 1 and 2.
- Legendary Card Pack tickets will be added as possible Final Stage rewards.
- The Winter Cup 2022 will be held in the Take Two All-Stars format, where players can choose from 3 randomly selected classes

Group B:
- 5 matches per round (you can play up to 5 rounds per day)
- complete a round with 3 wins or more to advance to the Group B Final Stage

The Winter Cup 2022 will be playable in the Take Two All-Stars format. Players will have 3 random classes to choose from, and can select from 80 cards per class in addition to 12 Neutral cards, making for a total of 92 cards in each class. Cards will be available across all rarities and released card sets. Also, all cards will be animated. For more details please see the announcement below.

The Grand Prix is an online tournament mode held over three stages in the Arena. In this mode, you use a deck of your creation to play against other players in a fixed number of matches. During each stage of the tournament, you will be able to play a number of rounds daily to qualify or advance to the next stage. All three stages each have different conditions for advancing.

Players who do not qualify for Group A will enter Stage 2 in Group B.
One round consists of 5 matches. Players can attempt up to 5 rounds per day.

Finish any round during Stage 1 with 4 or more wins to advance to Stage 2 in Group A. This applies even if you won 4 times but did not go on to finish the 5th match in a round, or if in one round you qualified for Group A, but in a next round you won fewer than 4 matches.

Disclaimers:
- Your victories only count within the stage/round you played in and do not carry over into another one. Example: If you enter the Grand Prix on the final day of Stage 1 but didn't complete your matches, these victories will only be counted for that day. When Stage 2 starts on a new day, your victory count will be reset.
- Unclaimed rewards will be sent to your crate after the tournament. If you do not see your rewards, try returning to the title screen and checking your crate again.
- You will have 14 days to claim the rewards after it appears in your crate. Please be sure to claim it in time.
- Winning Grand Prix matches will earn you 100 Battle Pass points per match. Score rewards and master score points are not affected.
- You cannot complete the "Play Take Two in Arena (One-time Mission)" mission in the Grand Prix.

During the Winter 2022 Grand Prix, players will also have a rare chance to win special rewards, such as 10 card pack tickets or 1000 rupies.

Players who advance to the Group A Final Stage will receive:
- Katze, Festive Thief emblem and card sleeves 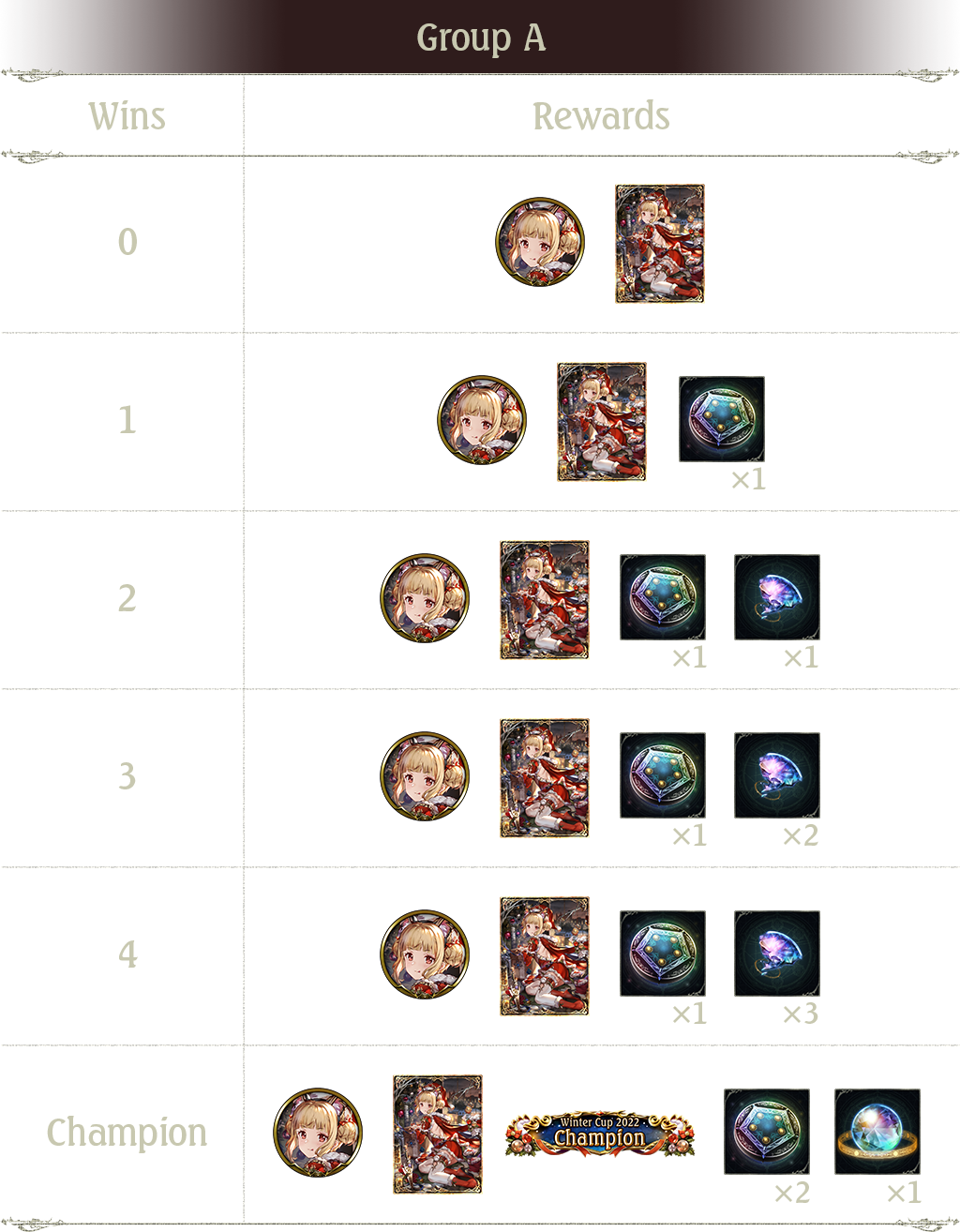 Players who advance to the Group B Final Stage will receive:
- Katze, Festive Thief emblem 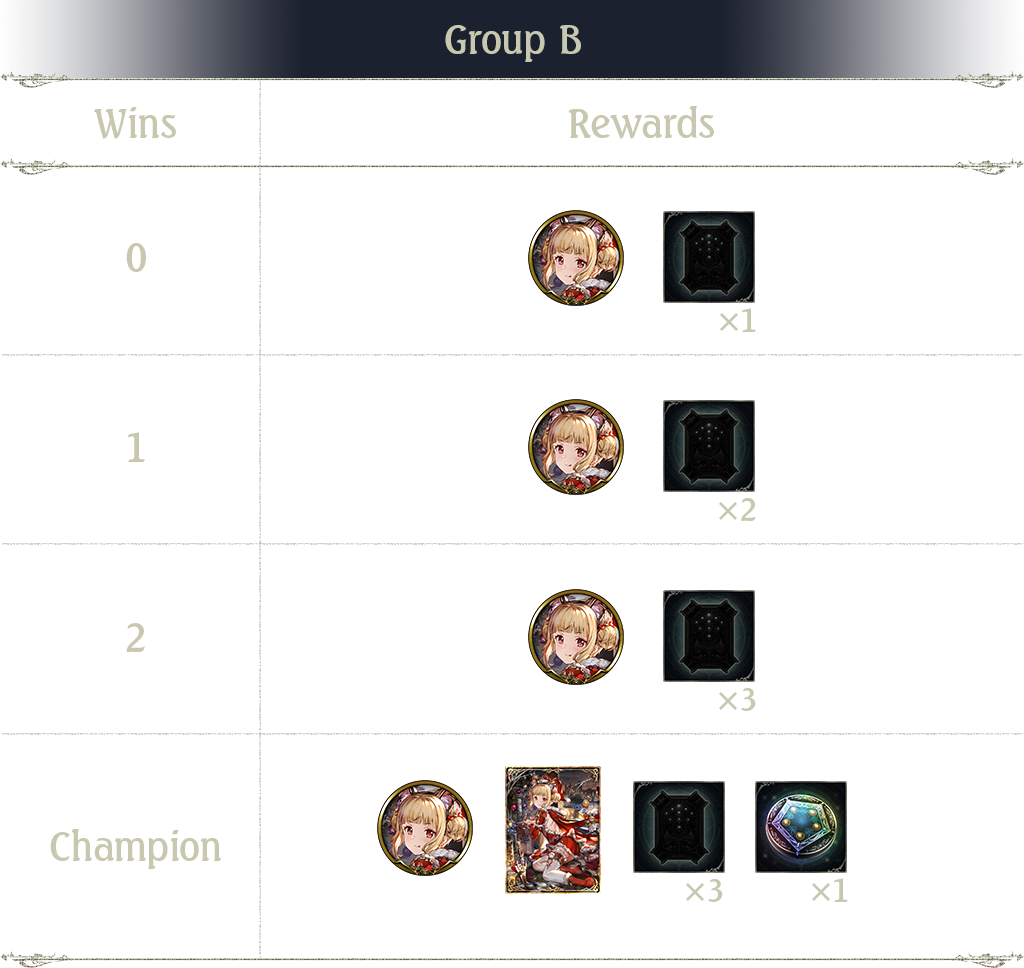 From 7:00 p.m., December 13 to 12:00 noon, December 16 (PT), "Limited-Time Mission: Play 1 Take Two All-Stars Private Match (without quitting)" will appear once per day in your missions list. To start the mission, create a Take Two private match and select the "Take Two All-Stars" option.