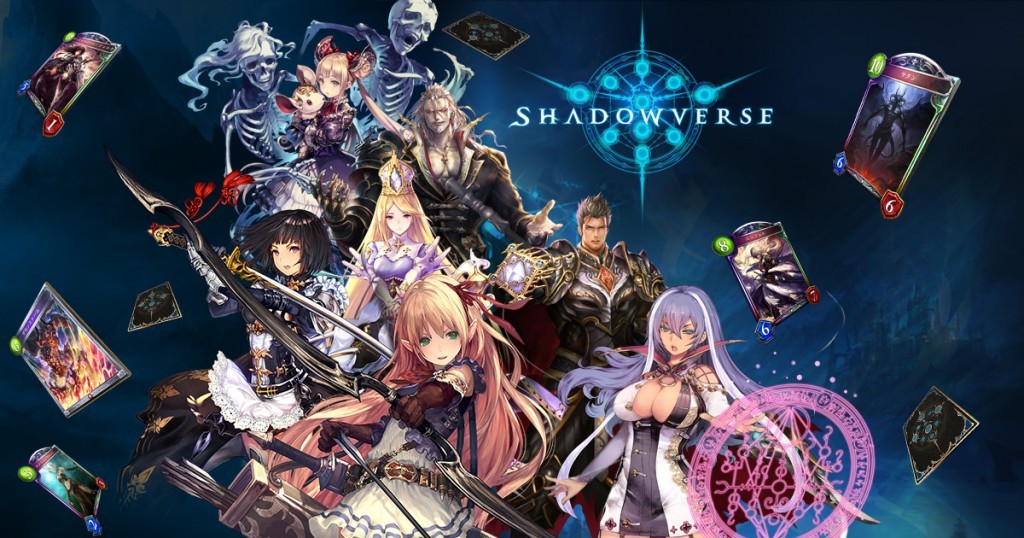 There have been many player-run events since Shadowverse’s release. JCG, a company that organizes e-Sports tournaments in Japan, has been hosting official, large-scale tournaments every weekend since August. Also, local retail stores have hosted offline tournaments, offering players a way to enjoy the game in a different setting from ranked matches.

I’m sure some of you reading this article might feel that itch to participate in a tournament. Therefore, I’d like to share with you my own experience of organizing a Shadowverse tournament this past July.

What is a Player Tournament?

A player tournament is exactly what it sounds like—a tournament organized voluntarily by Shadowverse players. Numerous events are already being held in Japan. Some are held offline and everyone gets together for face-to-face battles. Others are held online and players can participate from anywhere. Unlike ranked matches, players use the private match feature. Opponents may be sitting across from each other, or be participating remotely, to climb a tournament ladder.

There are different rules and tournament formats depending on the event, but one thing player tournaments have in common is the high level of tension and interaction that isn’t possible in regular ranked play. I myself have participated in a number of these tournaments. Things get pretty lively when fans of the same game get together and talk strategy!

Preparing to Host a Tournament

Allow me to delve into the details of organizing a tournament as I speak from experience. First, there are a few things that must be determined beforehand. To give you a general idea:

These are just a few examples, and other elements should be determined beforehand based on tournament type and event direction.

When organizing a tournament, think carefully about the event date. To gather enough players, you’ll need to make an announcement. You’ll want to spread the word as early as possible so more people will hear about your event. I recommend making the announcement at least two weeks before the day.

The details of a tournament affect whether or not players want to join and are very important. The organizers should think about how they want the players to enjoy themselves when deciding details and rules.

In my case, I wanted livestream viewers to discover the joy of tournaments, so I organized an online tournament pitting eight livestreamers against each other.

I also set the following rules so the event would teach viewers about competitive Shadowverse play.

1. Each player must select two leaders and inform us beforehand (Every player’s classes were made public before the tournament)
2. Single elimination (Winners climb the tournament ladder)
3. One round, best of three
4. Conquest format (If a player wins with a class, they cannot use it again for that round)
5. All participants must livestream their tournament games

If you want to organize a more casual event, you could simplify the deck and match rules. The format could be single matches or free-for-all matches where anyone can use any deck and play anyone. Pick and choose depending on what you wish to achieve.

The type of event you’re running affects how you’ll attract players. An open tournament means anyone can play regardless of their qualifications. You could also set certain criteria in order to attract specific types of players.

For my event, I invited eight livestreamers and asked that they stream their games.

Communication during the Event

You will need to keep track of who is coming and how the event is progressing. Reliable communication is very important for a smooth event. Ask participants if they could give you their contact info before the event, just in case.

My own tournament was pretty straightforward, as it was online and had just eight players. We simply communicated with each other via social media on the day to keep things going.

These are some of the considerations and preparatory steps I took. Several people helped me run the event. We successfully held the tournament in late July.

Here’s an overview of how the tournament actually played out.

Swordcraft was clearly favored. Other decks, with the exception of Runecraft, were evenly picked.

Every participating player was livestreaming. Viewers got to learn about the class choices by asking questions and listening to the streamers’ comments. I feel this helped convey the feel of our competitive tournament.

However, there also were a few mishaps.

Due to technical difficulties, one player was unable to stream and play at the same time. We had no choice but to count it as a default loss from round one. It felt terrible to drop him like that after he made the effort to participate. Also, some players pointed out that match rules were unclear. We answered such questions as they came. For my next event, I’ll make sure the rules are crystal clear beforehand.

The final match had Swordcraft and Dragoncraft go head-to-head with Forestcraft and Swordcraft decks. Prince of Darkness was unleashed, and although victory looked certain, the one and only Forestcraft deck in this tournament was able to squeeze out 20 damage with skill and Path to Purgatory.

(One participant couldn’t play, so these are the decks for 7 players.)

The Fun of Hosting

It was my first time putting on a tournament, but we made it through thanks to our participants and viewers. One thing I learned from hosting a tournament is that this is another way to get involved and enjoy the game. Tournaments offer a different kind of fun from ranked matches. Offline events also give players a chance to interact in a way they usually can’t. There is more than one way to enjoy Shadowverse. I recommend joining events that interest you and also trying to plan your own events. I would love for more people to discover new ways to enjoy this exciting game.

The next article will return to our regular series, and I’ll cover the basics of deck building. Until then, keep enjoying Shadowverse!