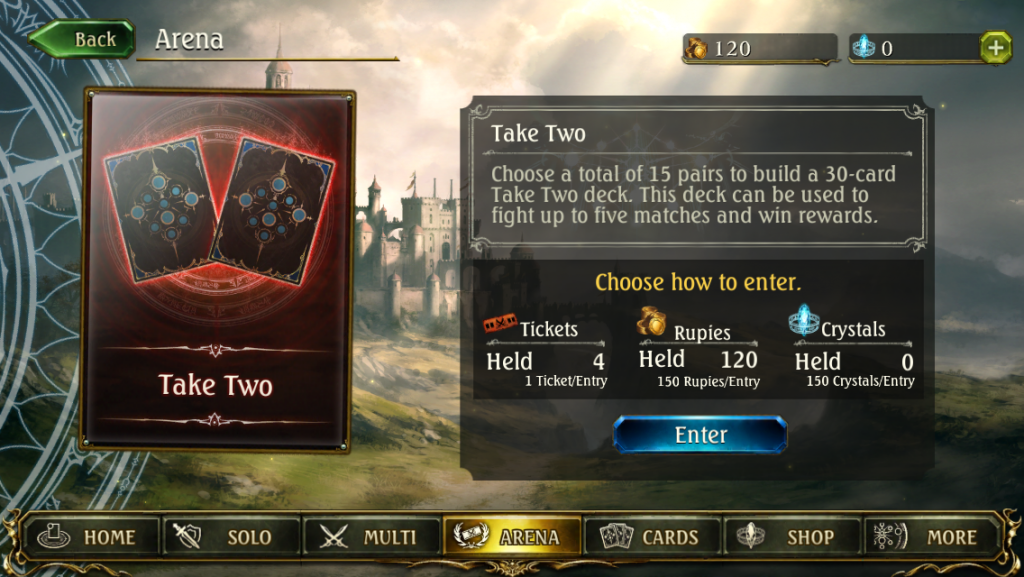 How to Play Take Two

If you look on the menu, you’ll notice the Arena option. This features Take Two, a mode added in a post-launch update. In this mode, you create a 30-card deck on the spot and play up to five matches against other Take Two players. These 30 cards are only temporarily available and are not related to your card collection. However, you may be rewarded with card packs, rupees and/or vials depending on how well you do in these five matches. This mode allows you to play without the need to own cards yourself, and your odds won’t be affected by how robust your card collection is. It also gives you the chance to try out cards you’ve never owned, offering you fresh insight into the game.

Let’s take a look at how it works. 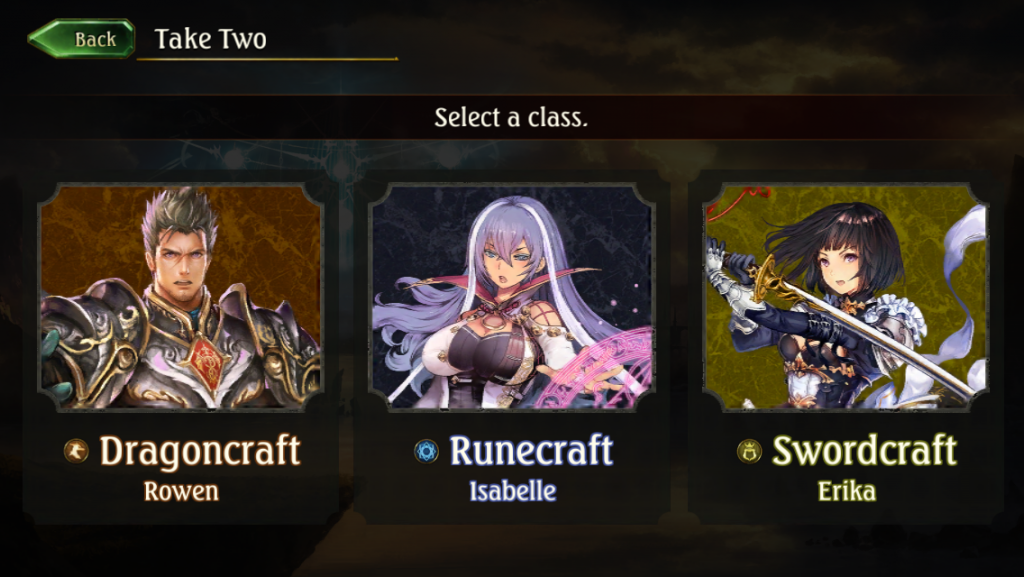 Two random pairs of cards will appear from the class you selected.  Choose a pair. Repeat this process 15 times to build a 30-card deck you take into battle. There is no time limit for card selection. Bar graphs shown in the middle will summarize how many cards of each cost you drafted. You can also click the View Deck button to see all the cards you’ve picked.

If you switch to a different screen without completing card selection, you’ll pick up where you left off the next time you resume Take Two. 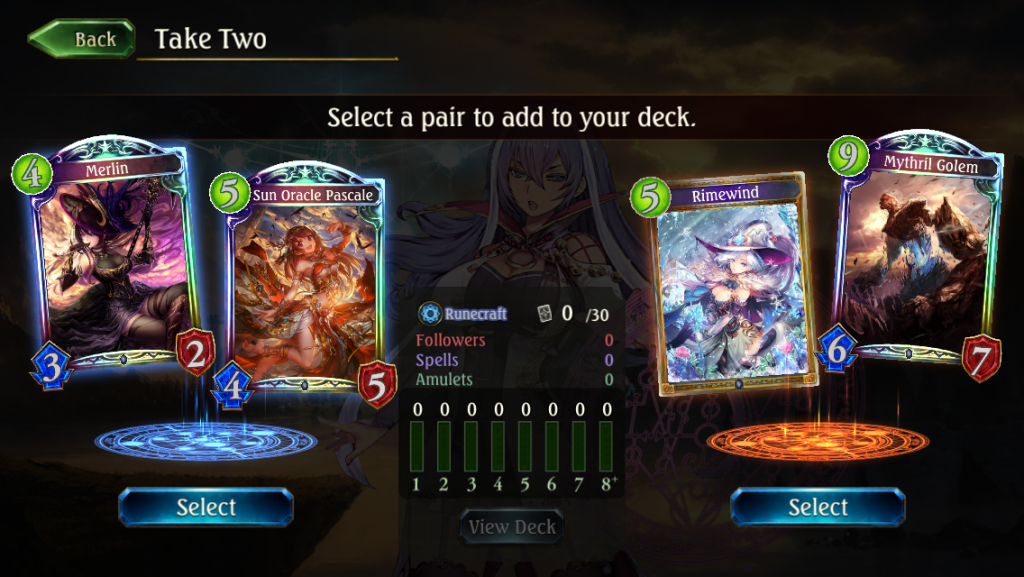 Players will battle each other with their respective Take Two decks. The rules of each match are the same as regular battles.

(4) Proceed at Your Own Pace

Regardless of whether you win or lose a match, you’ll proceed to the next one and play up to five matches total.

You can resume right where you left off if you quit midway or switch to another screen. 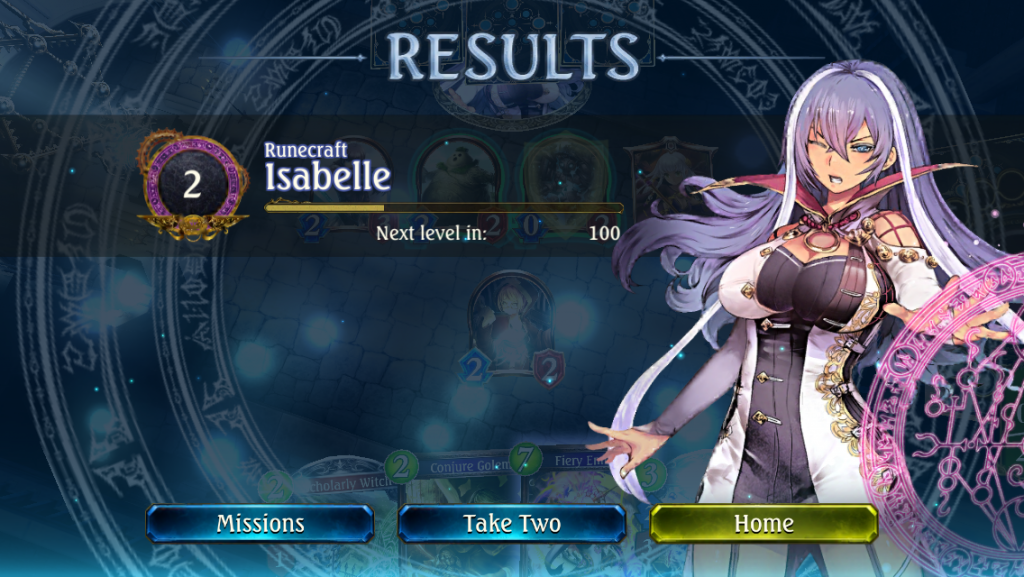 You will be rewarded with card packs, rupees, and/or vials depending on how many matches you’ve completed.

You lose your temporary 30-card deck after completing an arena (up to 5 matches), but by creating a deck code, you can save it to the Shadowverse Portal. 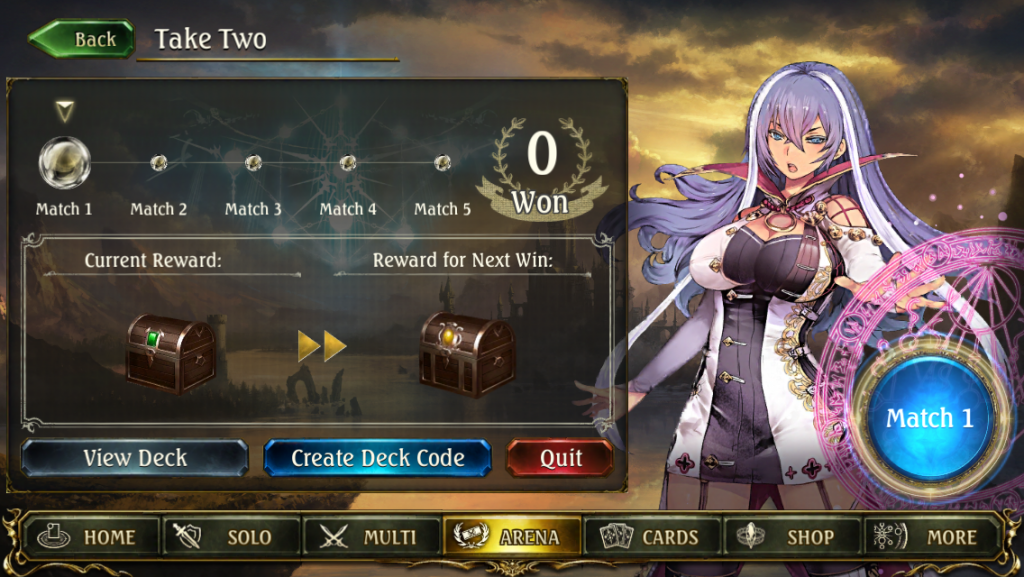 Give Take Two a spin and experience something new in Shadowverse!