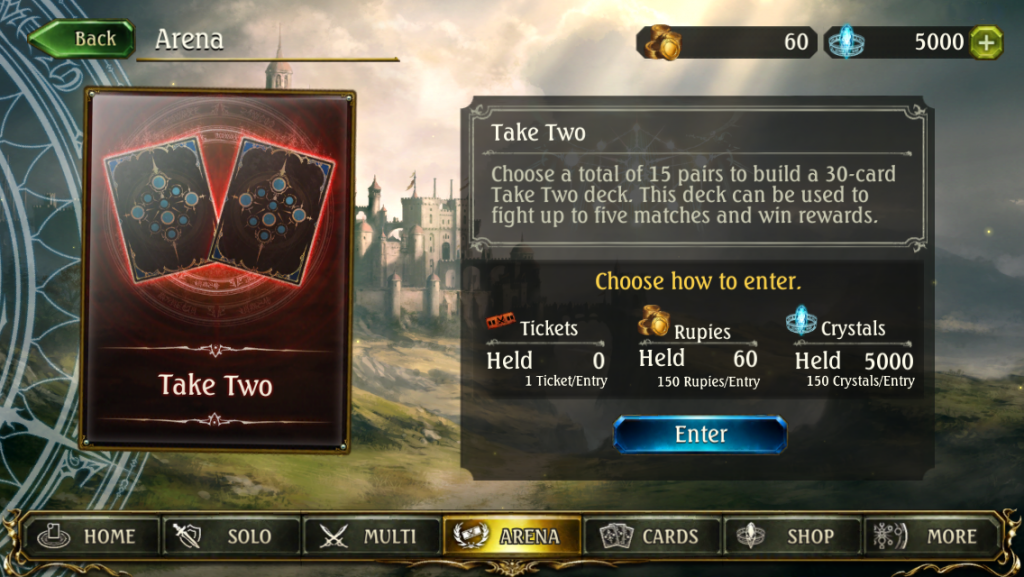 In Take Two, you must be able to prioritize the best cards that appear in the draft. The criteria for picking cards will be affected by your prior knowledge, experience, and the play style of your selected class. However, making choices based on the strengths of isolated cards will lower the balance of your final deck.

In the last article, I talked about what makes Take Two awesome and introduced some basic strategies. In this article, I’d like to delve a little deeper and talk about classes and how their respective play styles differ from the constructed format.

The core of a Take Two deck is comprised of bronze and silver cards, while bonus effects from evolution constitute another important factor. Based on these two criteria, I’ve selected two cards for each class below. These cards are less used in constructed matches but have increased value in Take Two. 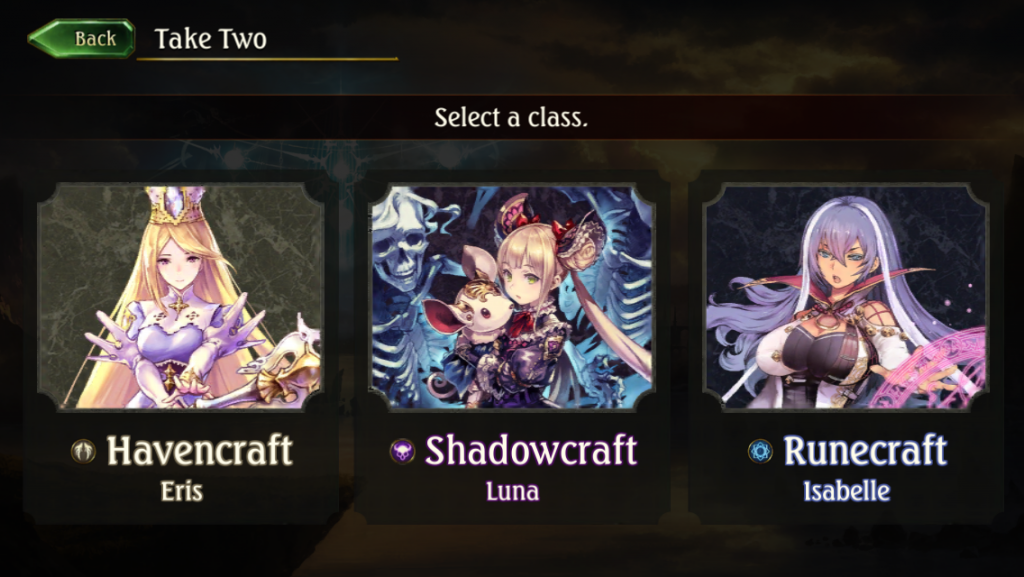 Class selection is half the battle. Which class do you choose?

When you start a Take Two run, you have to choose a class first. Three of the seven classes will be randomly presented to you. This means you cannot pick your favorite class each time, but you can have preferences. Hopefully this and the next article will help you figure out how to rank the classes for yourself.

When selecting a class and cards in the draft, I personally think about how easy it will be to win if I go 1st. When going 2nd, you could say all classes have similar objectives. They generally deal with the opponent’s early game and aim to turn the tables from the midgame and on.

Going 1st means one less card and one less evolution point. You generally don’t have enough cards to play a reactive hand that deals with the opponent’s plays. However, you have access to an additional play point that your opponent doesn’t. If you find yourself going 1st, push your advantage, stay on the offensive, and don’t waste a single play point.

By constantly producing Fairy cards, Forestcraft can always use their play points effectively. You can gain the advantage by expending all of your play points every turn. During the draft, try to pick cards that give you Fairy cards. Prioritizing Fairy Whisperer over any other 2-cost follower will increase your chances of victory.

On the other hand, a Forestcraft deck that does not produce Fairy cards cannot utilize the strengths of the class. To maximize the hidden potential that lies within its cards, you should pay extra attention to your choices. 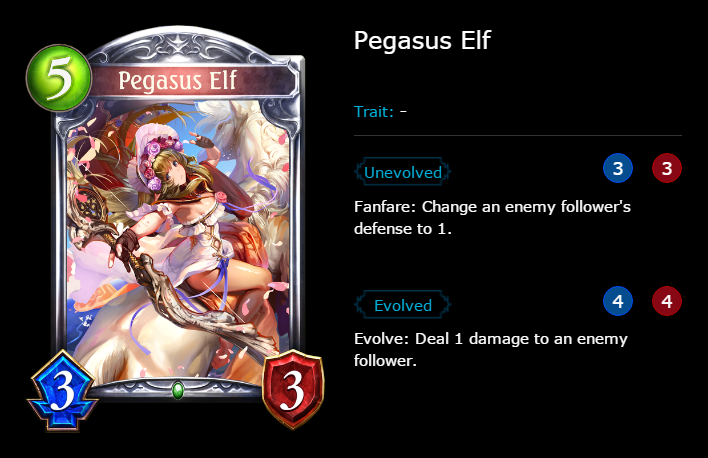 Pegasus Elf is a card that is great on its own. Having a built-in Woodkin Curse makes it a very versatile card. The unevolved form is strong as is; however, if your back is against the wall, and you need to take out an enemy follower, using one evolution point could save you. There are a number of potential combos when this card is combined with the Forestcraft mechanic “return an allied follower to your hand.” 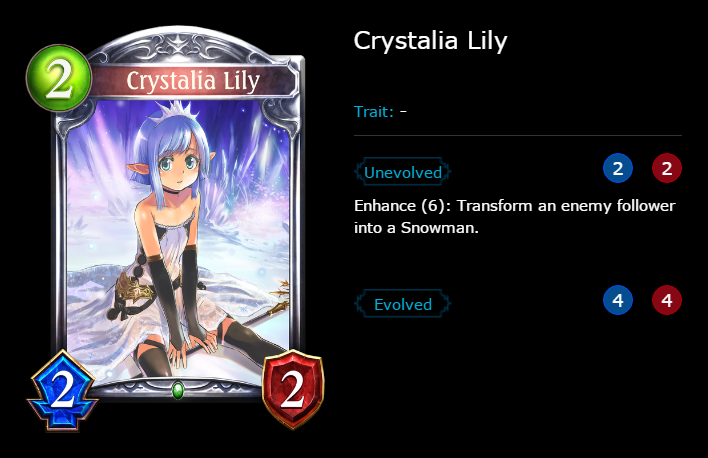 Crystalia Lily is a follower that comes with Enhance-based removal. That means the card remains strong at any stage in the game. Rotating this card in could prove to be effective.

If you picked the aforementioned followers, you could give Nature’s Guidance and Dungeoncrawl Fairy higher priority during the remainder of the draft.

Most of the followers in this class are at least comparable to other followers of the same cost. There are also many 2-cost 2/2 followers to choose from. Playing followers on every turn is a stable way to gain control of the game.

The release of Rise of Bahamut gave us Blitz Lancer and Art of the Ninja. This added convenient removal options to the class, transforming it into a jack-of-all-trades option.

The best strategy is to fill your board with followers. There are cards that reinforce followers or produce multiple followers, providing a framework that makes this easy. You will often gain board advantage with little difficulty. This makes Swordcraft a relatively easy class to use even for players not fully accustomed to Take Two. 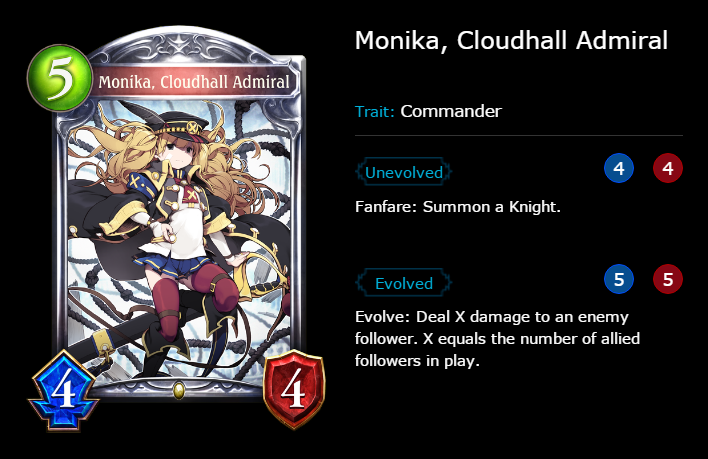 Monika, Cloudhall Admiral summons a Knight with her Fanfare ability and gains the ability of Unbridled Fury upon evolution. This makes it a very cost-effective card that boasts high card power and increases the value of choosing Swordcraft as a class. 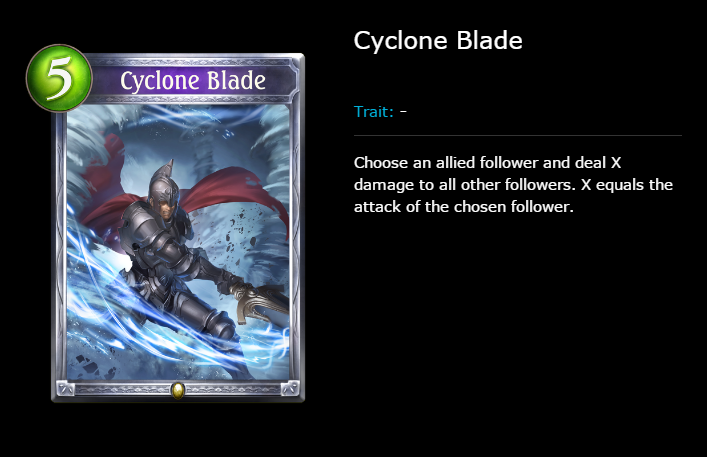 Cyclone Blade allows Swordcraft to make a comeback. This is the perfect AOE (area-of-effect) card for turning the tide of battle, but this card can also be useful without even drafting it. The mere possibility of Cyclone Blade being in your hand can pressure opponents to play awkwardly instead of optimally. Hamsa has great synergy with Cyclone Blade, greatly increasing its importance during drafting.

It’s a bit ironic that the champion of constructed matches is disadvantaged in Take Two. The two mechanics of Runecraft are Spellboost and Earth Rite, and mixing the two concepts creates chaos within a deck.

Pick power cards such as Professor of Taboos and Juno’s Secret Laboratory, then try to build a deck around their effects.

The class is more geared towards defensive play rather than being aggressive. It is currently regarded as a class for skilled players. 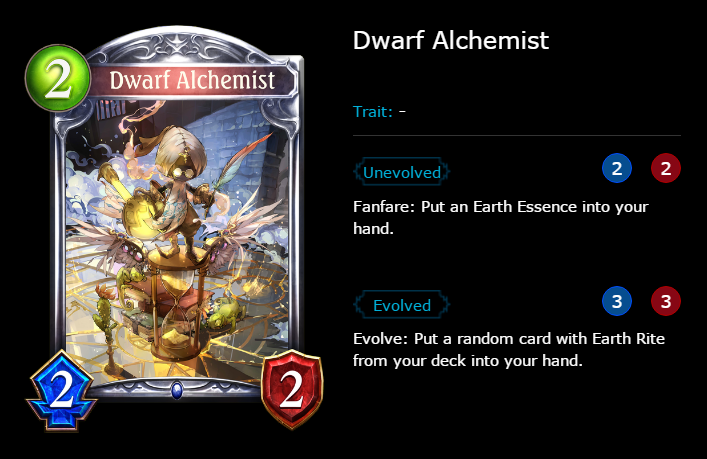 Dwarf Alchemist is a valuable 2/2 Runecraft card that gives you an Earth Sigil, and, by using its evolve mechanic, the means to take advantage of any Earth Sigils already on your board.

Maintaining a balance in the number of Earth Sigil and Earth Rite cards is extremely difficult, and they should be equal if possible. You can find yourself in a pickle if your hand fills up with just Earth Sigil cards. Also, filling your area up with Earth Sigil cards that cannot be readily utilized will result in the loss of board control. 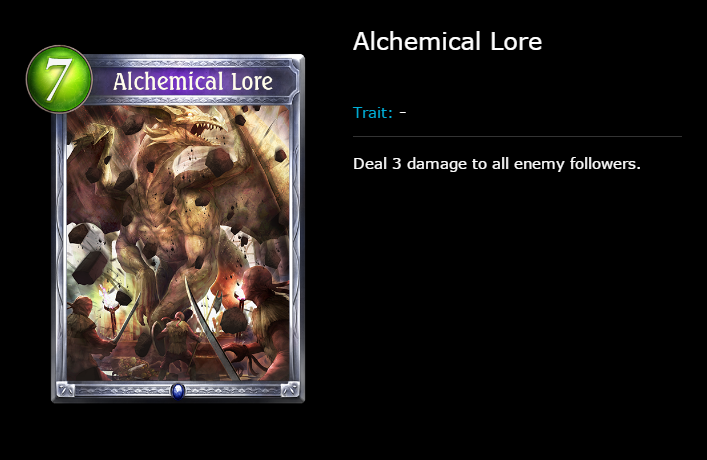 Alchemical Lore is a wonderful AOE card that deals 3 damage to enemy followers. Take Two tends to have a lot of back and forth and small trades, so wiping your enemy’s area in one blow is extremely effective. I also feel that players are more likely to forget about this card. Whenever facing a Runecraft opponent, be sure to keep this card in mind. Avoid overextending your board and “playing into” (setting yourself up to be hit by) this card!

In the next article, I’ll continue this discussion with the remaining classes (Dragoncraft, Shadowcraft, Bloodcraft, and Havencraft) and how they fare in Take Two.