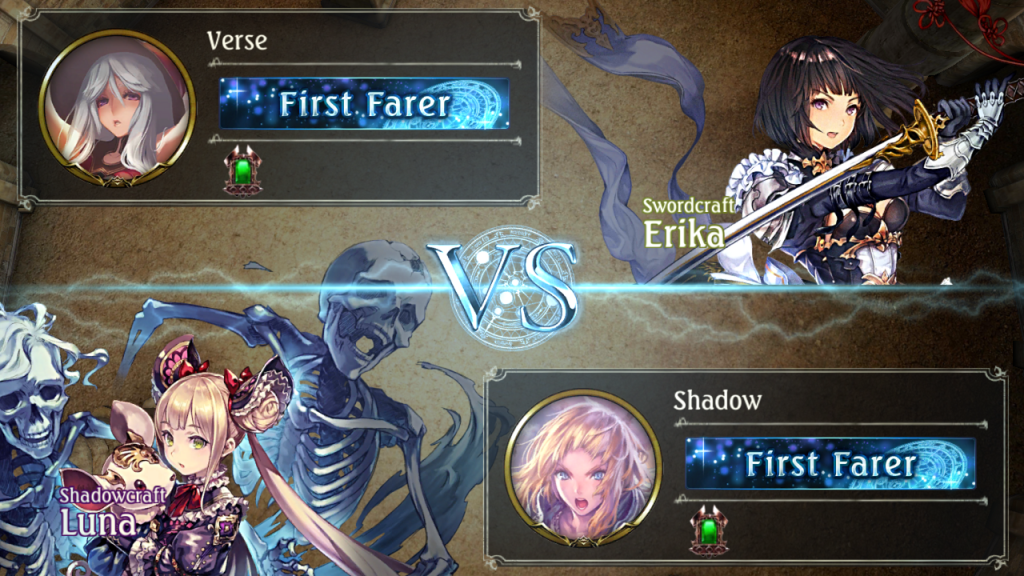 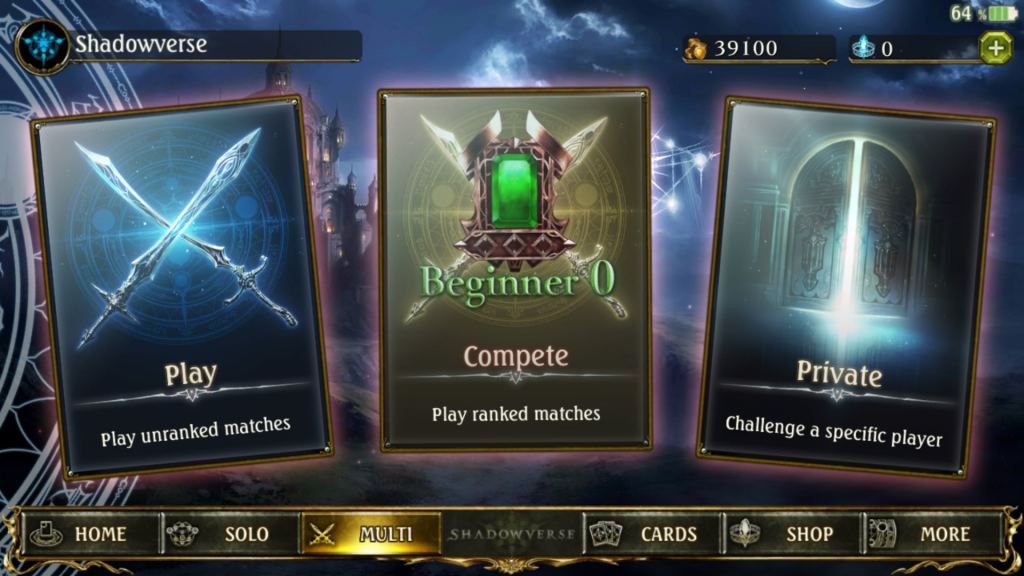 There are three modes of multiplayer that can be accessed from the Multi screen.

Play unranked matches for a casual game with an opponent. Use this mode for practice or to try out new decks.

Play ranked matches for a more competitive experience. These matches count toward your rank. You’ll be matched with a similarly ranked player.

Play against friends. Create a room that anyone can jump into as long as they know the room number. 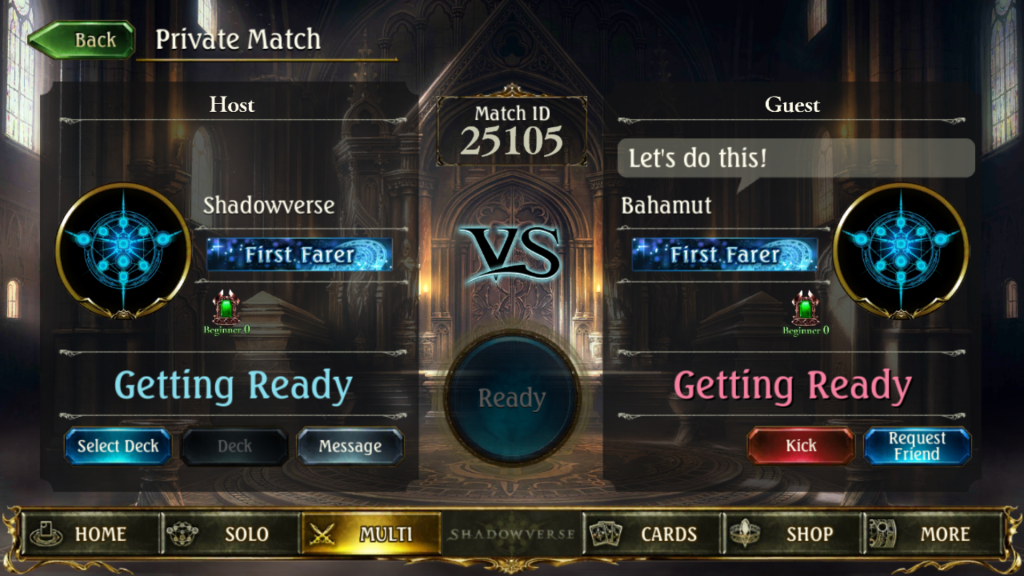 Tap the Message button to greet the other player.

In a ranked match, you can improve your score to increase your rank. In the lower ranks, even if you lose a battle your rank won’t go down, so keep challenging players and gain experience on the battlefield.

You play against an actual person in any of the three modes mentioned above.

The following points describe how Multiplayer differs from Solo play. 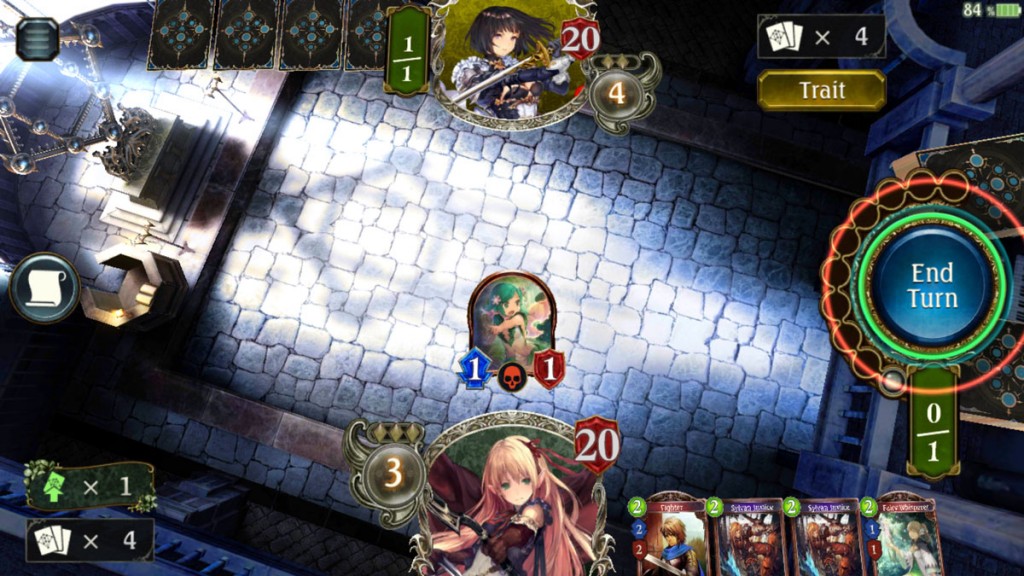 Tap and hold your leader in battle to bring up emotes that you can send to the other player. 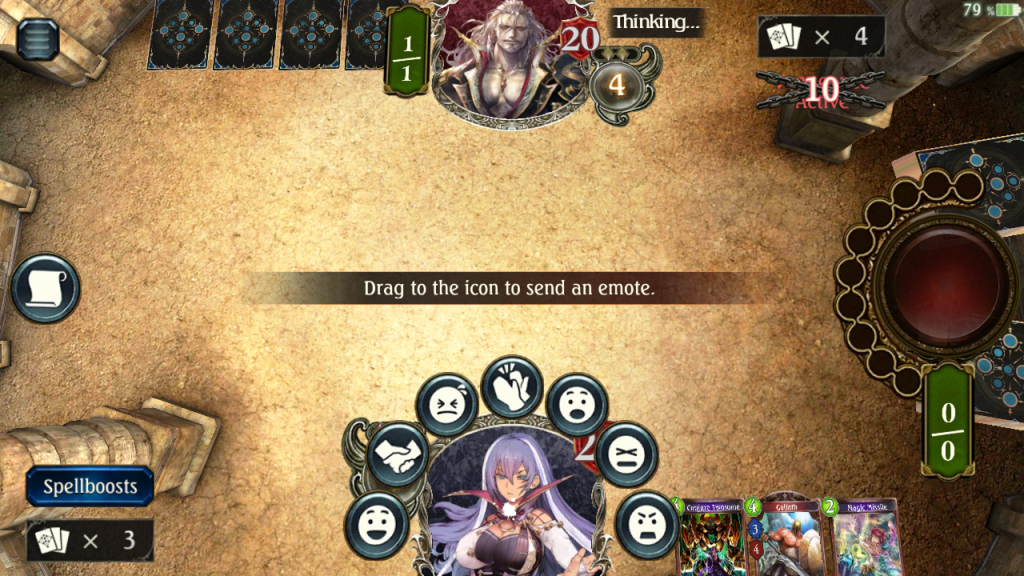 Each leader has unique lines for each emote.

You can use these to greet your opponent at the beginning of a match to show good sportsmanship.

Keep in mind that this is just a suggestion.

You can use these phrases to communicate with the opponent, whether it’s to compliment a great play or to say good game at the end of a match.

However, emotes can also make opponents angry depending on how you use them.

Imagine your opponent complimenting you after made a mistake. That probably wouldn’t make you feel very good. Avoid sending emotes that you wouldn’t want to receive.

Players are limited to three emotes per turn. Using too many emotes can disrupt your opponent’s concentration, so try not to abuse the function.

If the function starts to bother you, you can turn it off by unchecking the “Opponent’s emotes” option in Settings, located on the More screen. This will hide emotes sent by the opponent. 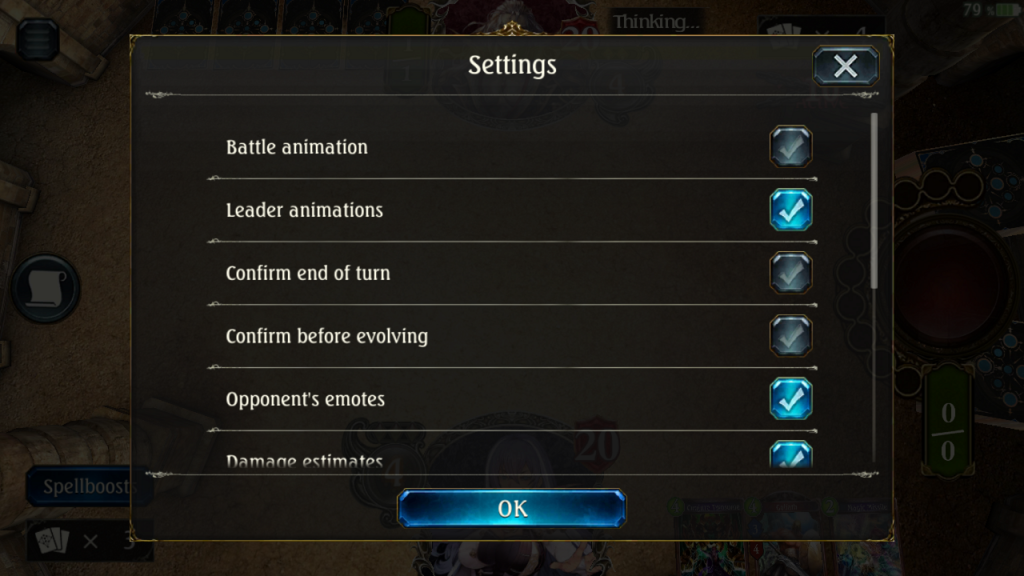 You can also turn off the audio and adjust battle animations in Settings. If the game seems sluggish, try tweaking these settings.

It is considered bad manners to take slow turns on purpose. It’s okay if you need to think before playing, but unnecessarily letting turns go on until time is about to run out is annoying for the other player.

In Multiplayer, don’t forget that your opponent is not a computer but an actual person. Try to keep your matches civilized.

We hope this series has been helpful and we hope you continue to enjoy Shadowverse!