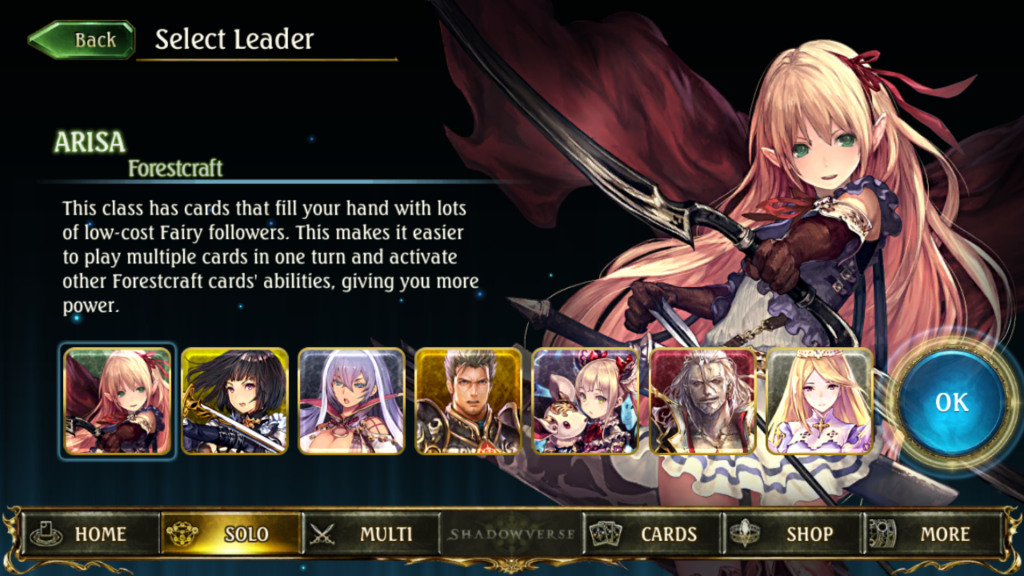 In the main story, each of the seven leaders battle against computer opponents. Win these battles to collect rewards such as vials and exclusive cards which can’t be unlocked anywhere else.

Try playing the first chapter of every leader’s story before continuing on with the later chapters. This will give you a better feel for each leader’s playstyle. If you’re having a hard time picking a leader, navigate through the following Who’s the leader for you? chart to see who suits you best. 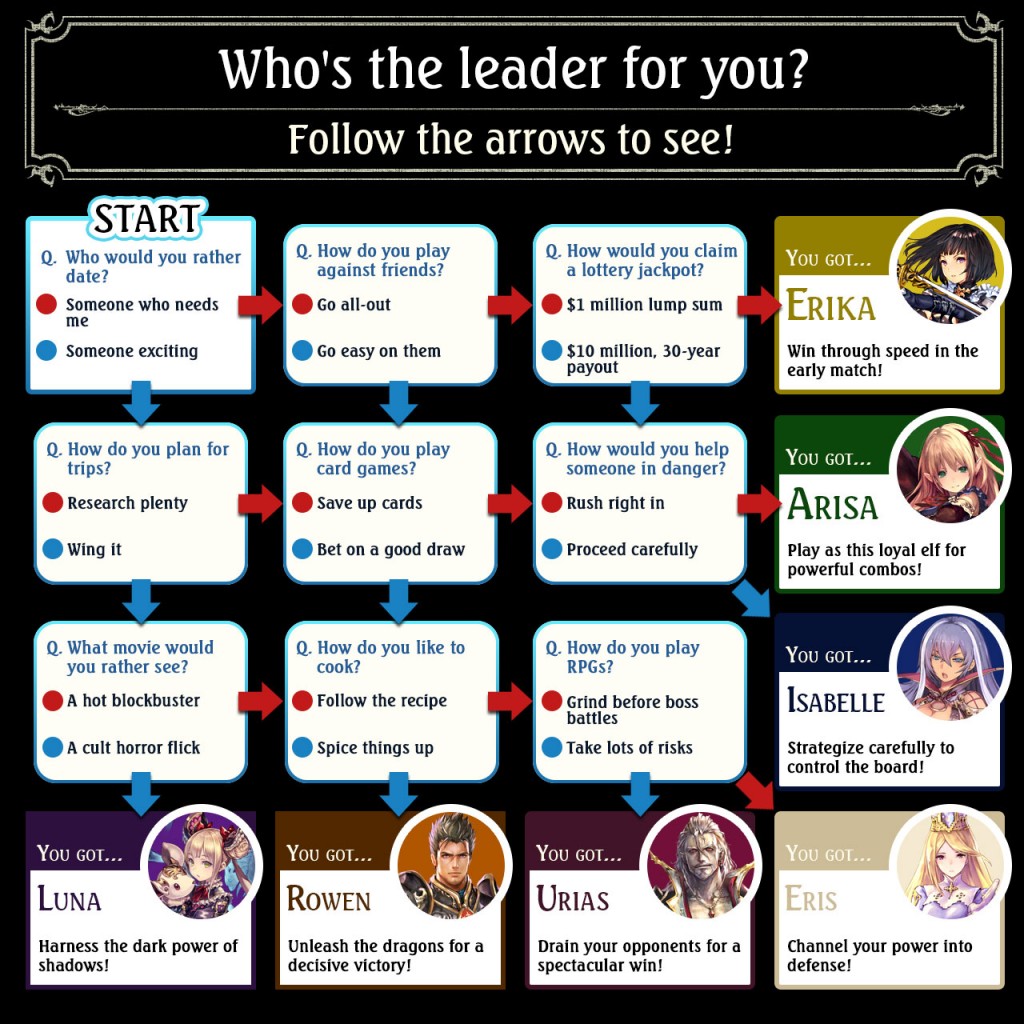 There’s one premade default deck for every class. Each class’s basic playstyle is described below.

Forestcraft: Keep adding Fairies to your hand and keep your area filled with followers. Your followers are abundant but generally have low stats, so power them up with the follower Magna Botanist, the amulet Well of Destiny, and other similar cards.

Swordcraft: Begin your attack immediately and defeat your opponent with constant pressure. Ninja Master has the Ambush ability which allows it to avoid enemy attacks until the time is right. One effective strategy is to pair it with cards like Forge Weaponry to boost its attack and finish off the opponent in one swift blow. The strategies used for this class are simple and easy to learn.

Runecraft: Control the board with spells and spellboost cards in your hand. Use Spellboost to summon Flame Destroyer as soon as you can. By the time it’s in play, Spellboost should also have lowered the cost of Fiery Embrace, allowing you to eliminate enemy followers.

Dragoncraft: Deal with enemy followers at the beginning of the match instead of attacking the enemy leader. Hold out until you have enough play points to unleash powerful followers such as Dread Dragon to turn the tables in your favor.

Shadowcraft: Use cards that summon multiple followers. Apprentice Necromancer in particular summons a Zombie using Necromancy. Slowly build up card advantage and pull away with the victory.

Bloodcraft: Make use of a slew of followers that can fight cost efficiently at the price of your own defense. Part of the strategy is to have your leader take damage early, but don’t let it get too low. Otherwise, you’ll struggle because only a few cards can heal your leader.

Havencraft: This class uses followers with Ward to defend the leader and stall the game until Countdown amulets can summon powerful followers. It also contains Hallowed Dogma, a spell that can reduce countdowns by 2. Be sure to use it on the right amulet.

Once you’re used to the default decks, switch out cards to better suit your playstyle.

Refer to Part 1 to learn how to get more cards.

Every deck has neutral cards, but you can replace the 2-cost Fighter with a class card for more synergy with the class. Use synergy between cards to build a stronger deck (learn more in this article). The cards you earn from the main story are also powerful, so you should consider including them. 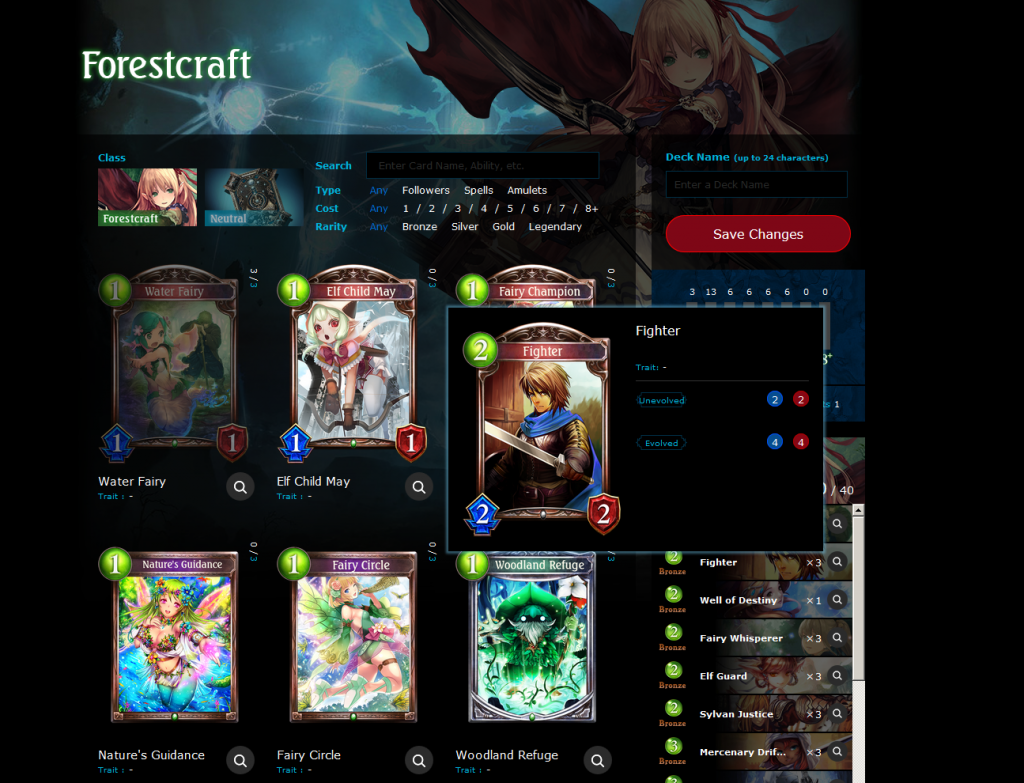 Here are a few examples of how you can modify decks.

・Forestcraft: Replace Fighter with Blessed Fairy Dancer for that extra burst to finish off an opponent.

・Dragoncraft: Put Aiela, Dragon Knight in your deck and use its Last Words ability to get more play points in the early game.

・Shadowcraft: Use your cards to get shadows, and add cards that can utilize the power of Necromancy to unlock limitless possibilities.

・Havencraft: Include the neutral Bellringer Angel in your deck since it’s perfect for the early game.

Tap Auto to build a randomized deck or use it to complete a deck in progress. This is useful for making new decks, or including new cards you get from packs. 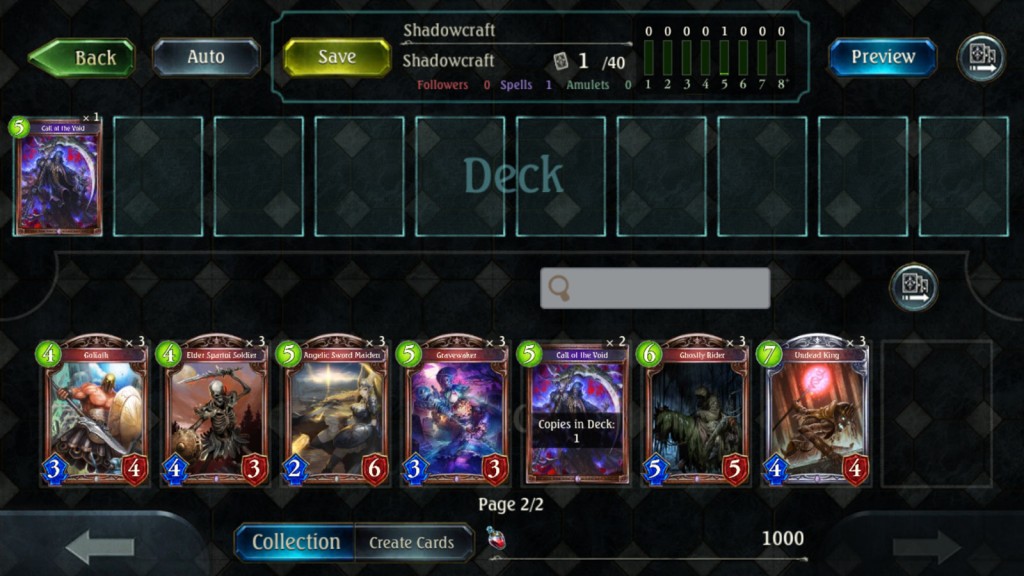 Select the cards you want in your deck. 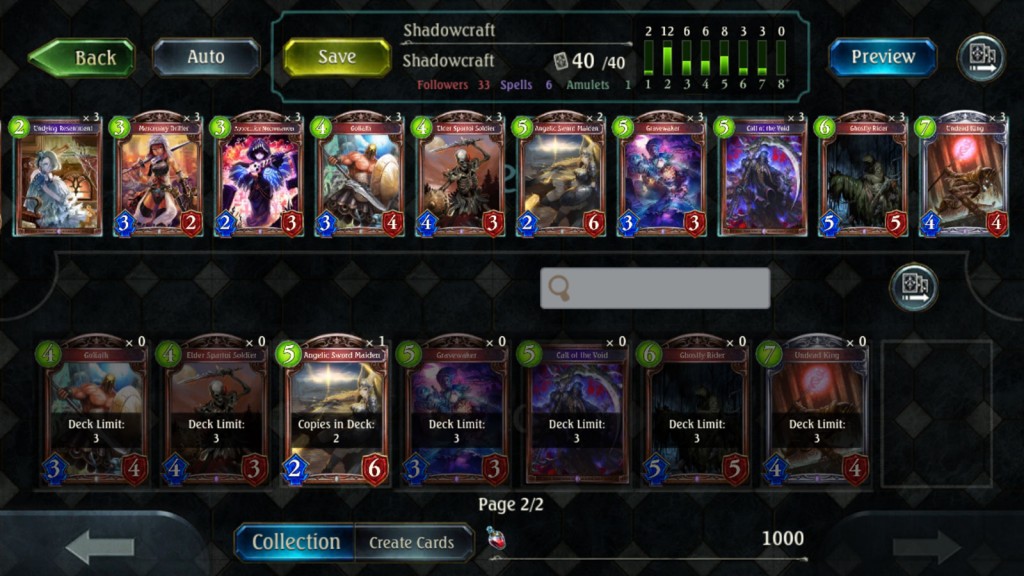 Then tap Auto to automatically fill out your deck. 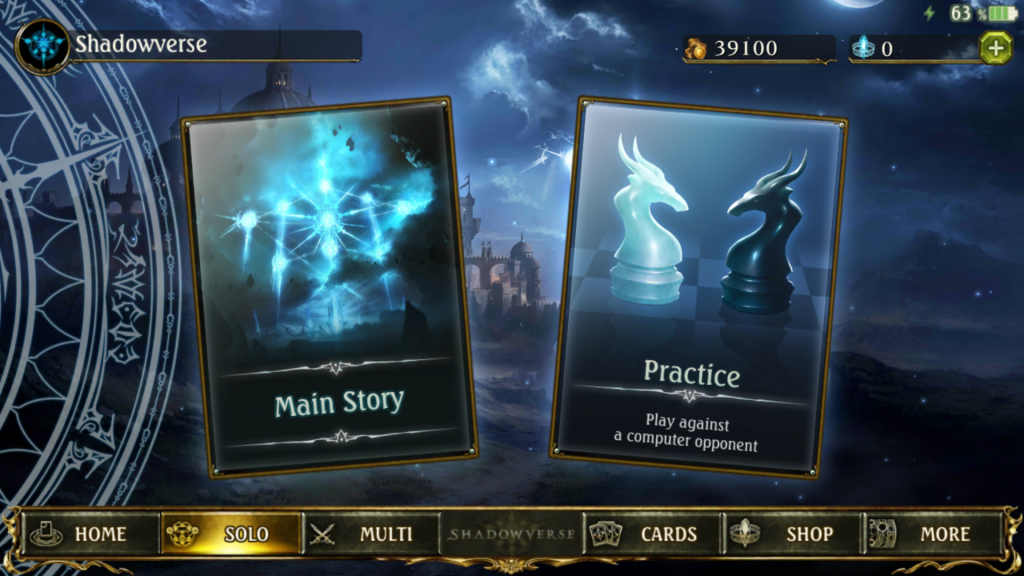 Once you’ve finished the main story and have some confidence with your deck in practice battles, it’s time to go to the Multi screen and take on other players.

In Part 3, we’ll cover how to play against other players and talk about online conduct.