What comes to mind when you hear “card game”?

You’d probably think of a regular deck of 52 cards used to play well-known games like Poker, Bridge, and Go Fish. And then, there are trading card games.

Whether you win or lose playing card games with friends and family is a fun experience. Card games can facilitate communication, making them a great way to meet new people and make new friends. Simply understanding the rules allows anyone in the world to play.

Imagine yourself locked in a battle of wits with your opponent and they play a card that you’ve never seen before. The surprise of seeing a new card is part of the thrill of a match. It gets the adrenaline pumping as you try to come up with a strategy on-the-fly.

If you truly intend to defeat every opponent that comes your way, then you’ll need to have a deeper understanding of what a “card game” is.

This series of articles is aimed at new players. I hope that the knowledge and tips imparted here will help you on your journey to become a Shadowverse master.

How do you define what a strong card is?

Shadowverse is a card game in which each player creates their own deck and competes against others. The stronger you make your deck, the easier it’ll be to claim victory.

When you start to a build a deck for the first time using the cards you have, you might be overwhelmed by all the decisions you have to make. How valuable is this card? What kind of deck should I build?

There are seven classes in Shadowverse, each with its own characteristics and play-style. By studying the way each class plays, we can begin to understand how a card interacts with each class. This is very important when trying to determine what kind of value a card has.

I’ve chosen a card for each class to showcase their respective play-styles. Take a look and see if you can figure out how the card fits and how it should be played. 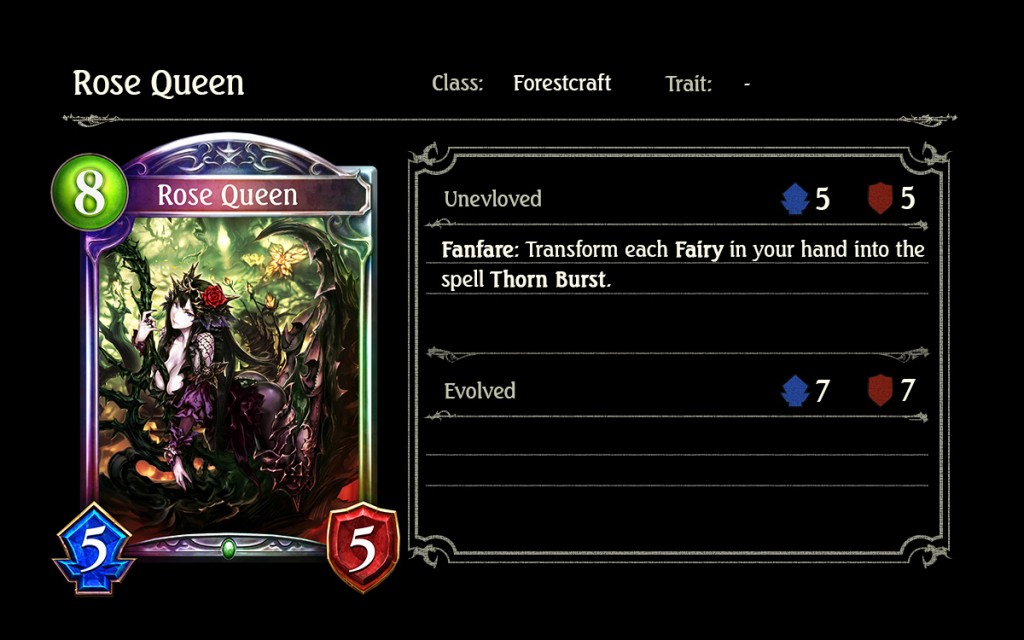 This card turns each Fairy in your hand into a powerful, damage-dealing spell. Your opponent will have a tough time withstanding that kind of barrage.

Key Point: How do you get as many fairies as possible into your hand? 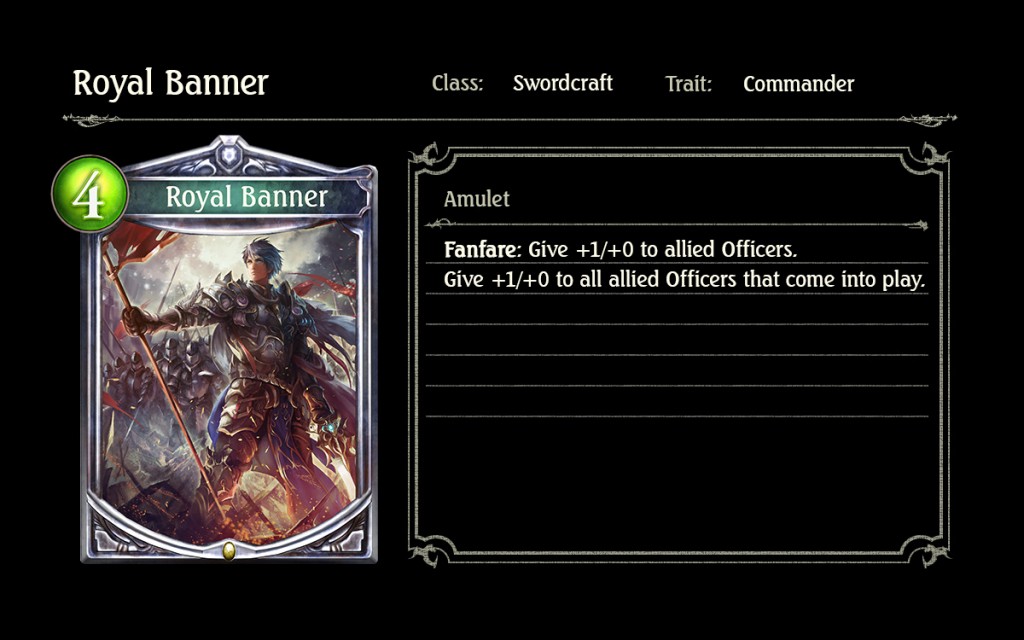 This amulet card gives all of your officers +1/+0.

Key Point: Commanders are not as useful without officers. How many officers should you put in your deck?

Runecraft: Control Your Opponent with Spells 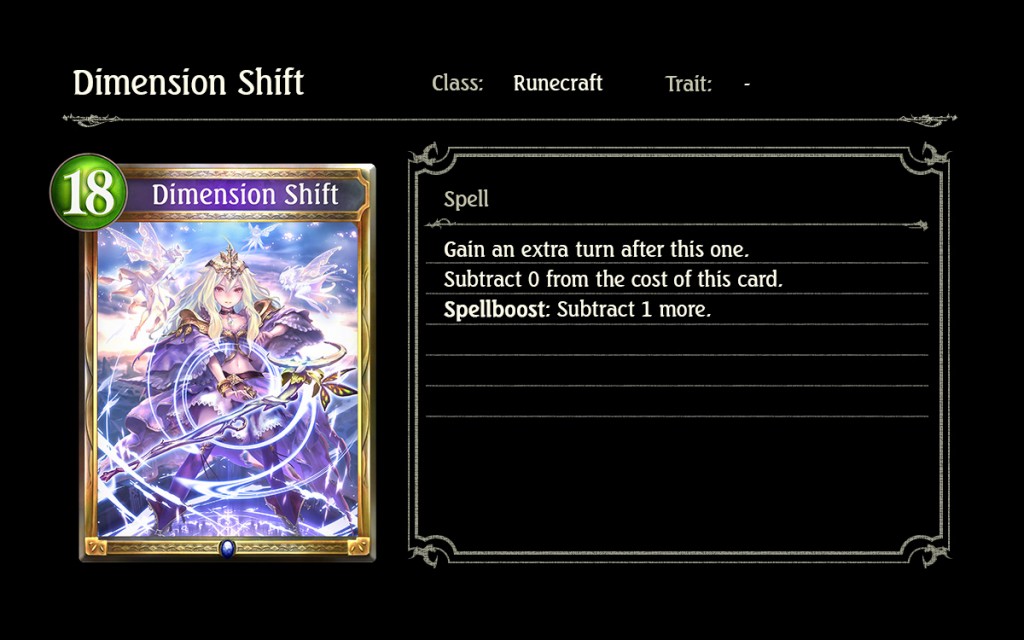 Who doesn’t like an extra turn? It’s an expensive card but it gets cheaper with each Spellboost.

Key Point: Spellboost cards get cheaper or stronger with each spell, but it’s hard to win with only spells. What’s the right balance between spells and other types of cards? 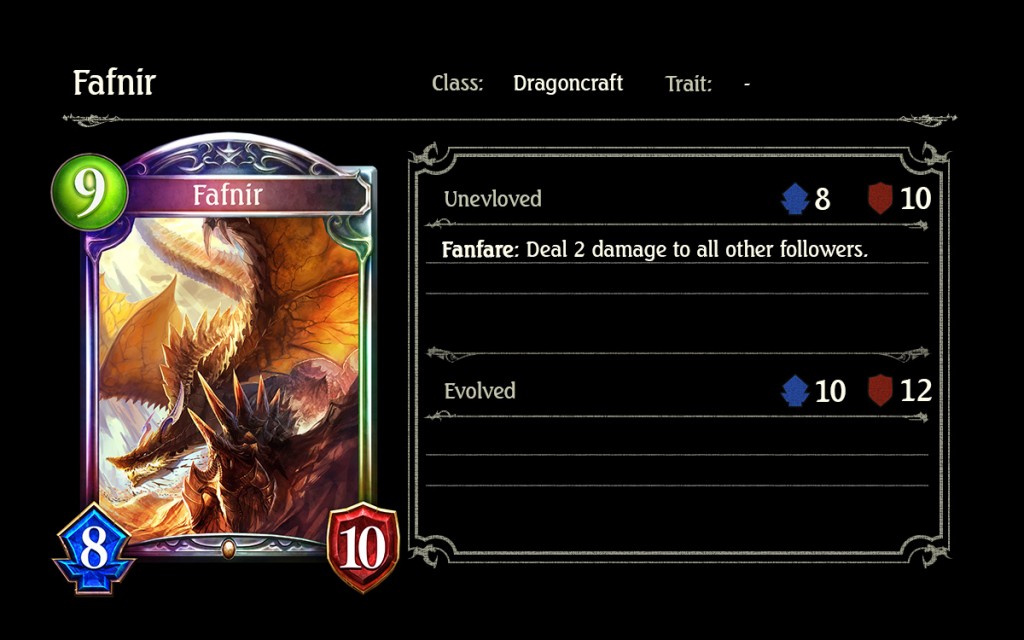 Not only is it tough. It’s big, and it’s brutal.

Key Point: High-cost cards aren’t very useful in the beginning of a match. What can you do to get the timing right? 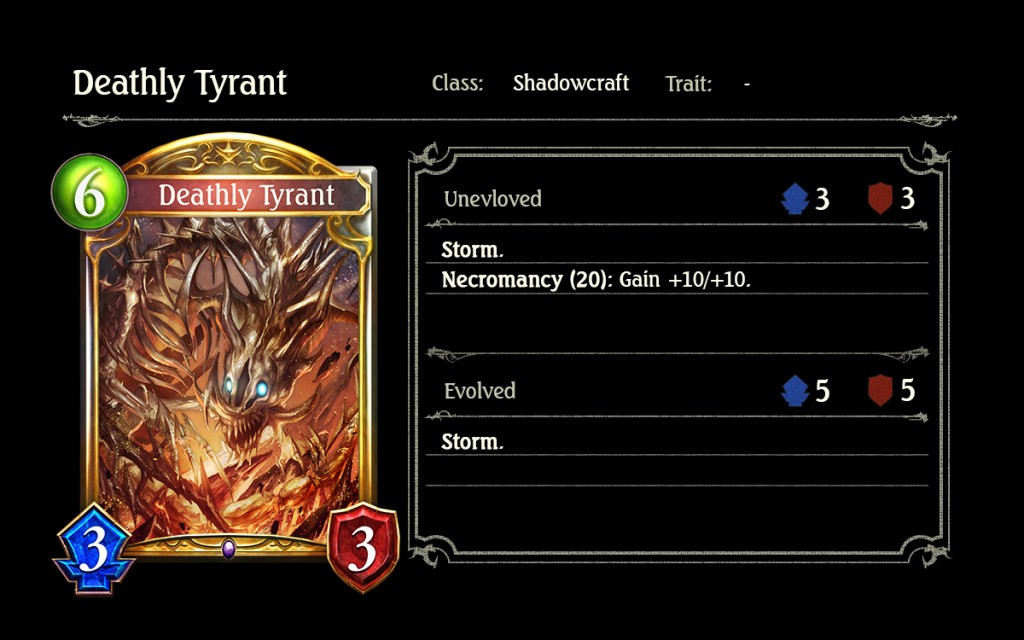 This card has Storm and can take out an opponent on a single turn with enough shadows. Now that’s scary.

Key Point: How many shadows will you need in order to play this deck effectively?

Bloodcraft: Damaging Yourself to Become Stronger 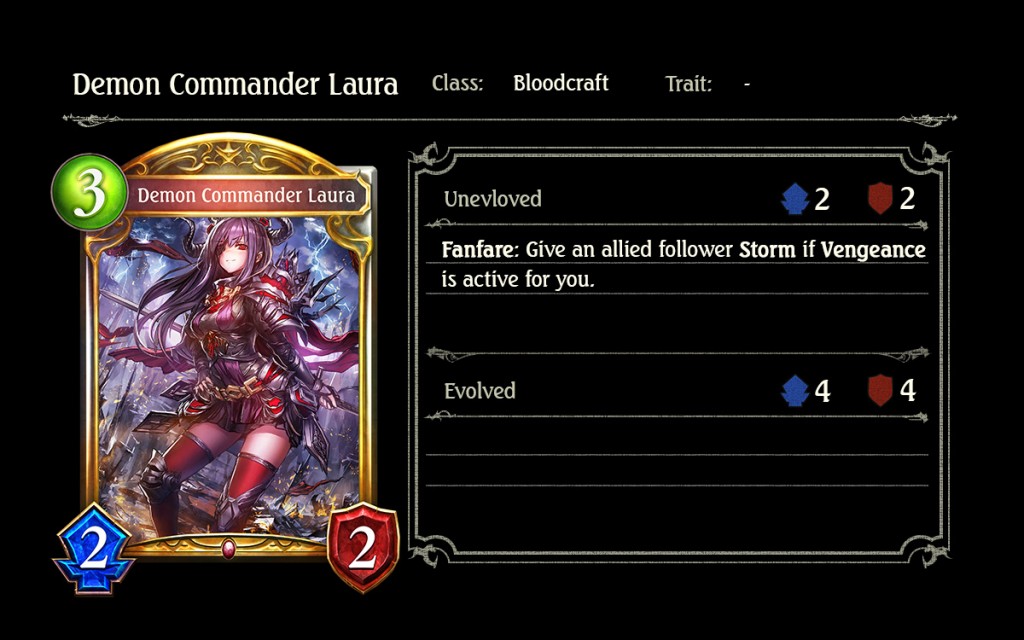 Just when your opponent thinks they’ve got you cornered, Vengeance activates and gives you nifty effects. In this case, it gives Storm to one of your followers.

Shadowcraft: How do you activate Vengeance as quickly as possible without putting yourself in a bind? 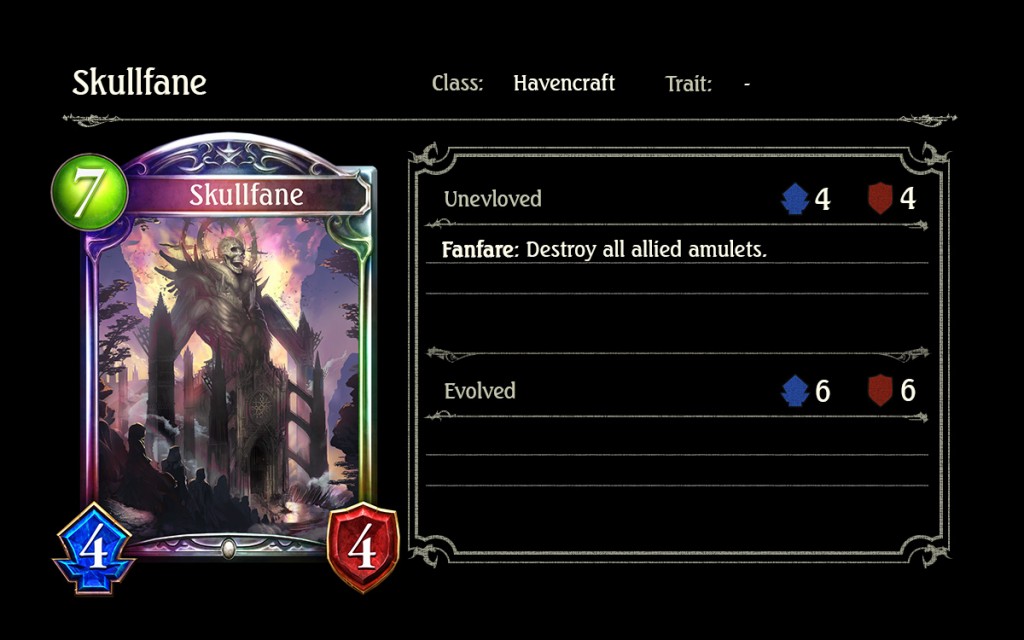 Not only does it destroy all of your amulets (most importantly the ones with countdown) but it also gives you a strong follower.

Key Point: What’s the best way to speed up your Countdown amulets?

All of the cards listed above have one thing in common: they need to be used in combination with other cards in order to achieve the maximum effect.

It doesn’t matter how strong the card is if you can’t find a way to unleash its true power. There are, of course, really strong cards that can work by themselves but adding those cards haphazardly into your deck doesn’t necessarily give you a strong deck.

Take a good, long look at your cards. There should be cards that jump out at you, begging to be put into a deck. From there, consider how you can complement those cards with other cards in order to form powerful combos. That’s the real charm in deck building; finding new and interesting ways for cards to interact.

The next step is to play with your newly constructed deck. You may find that some cards or combos don’t always work out exactly as you expected them to. When that happens, ask yourself if that card is actually suitable for your deck or not, and then make the necessary modifications to your deck. Doing this repeatedly is the path to building a great deck.

Building decks requires knowledge about individual cards and how they interact with other cards as a whole. Play your deck often and don’t be afraid to make changes. Have fun building!

Next Time: Things to consider when building a deck.