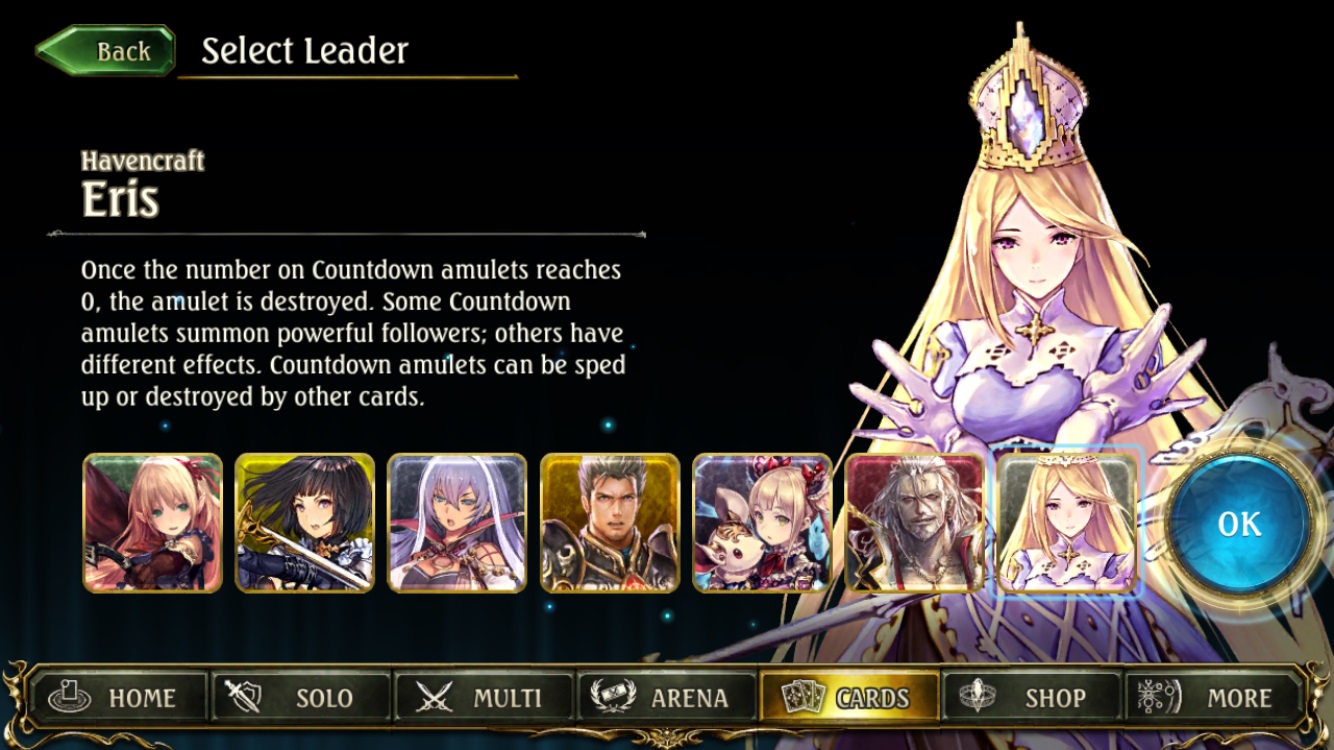 This series showcases sample decks for Shadowverse beginners. For those who have a limited card collection, worry not! The decks are built with only bronze and silver cards.

This time, we’re covering Havencraft. I’ll show you one way to take advantage of this class. 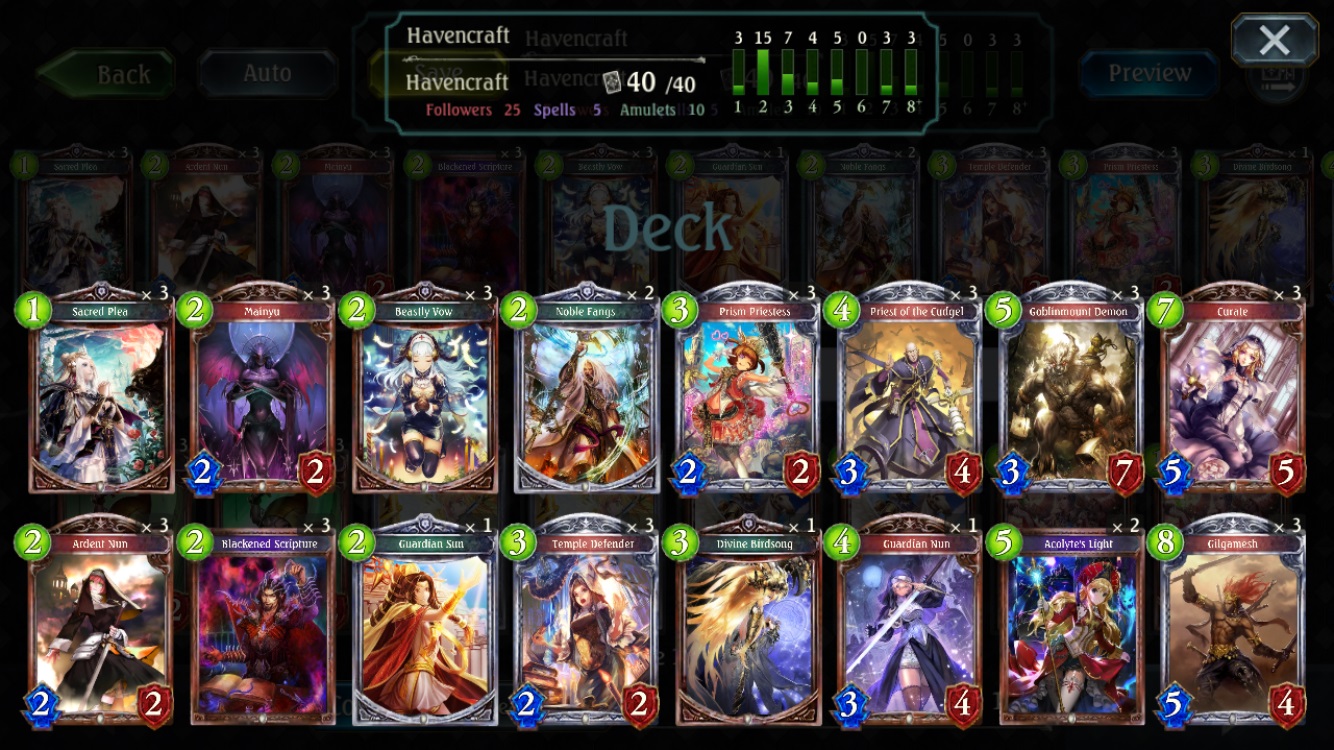 (Deck Cost: 3,550)
This is a control deck made with purely defensive cards such as banishing spells, restoration spells, and followers with Ward. Although the deck is slow-paced, it shines when it comes to dealing with various board states. 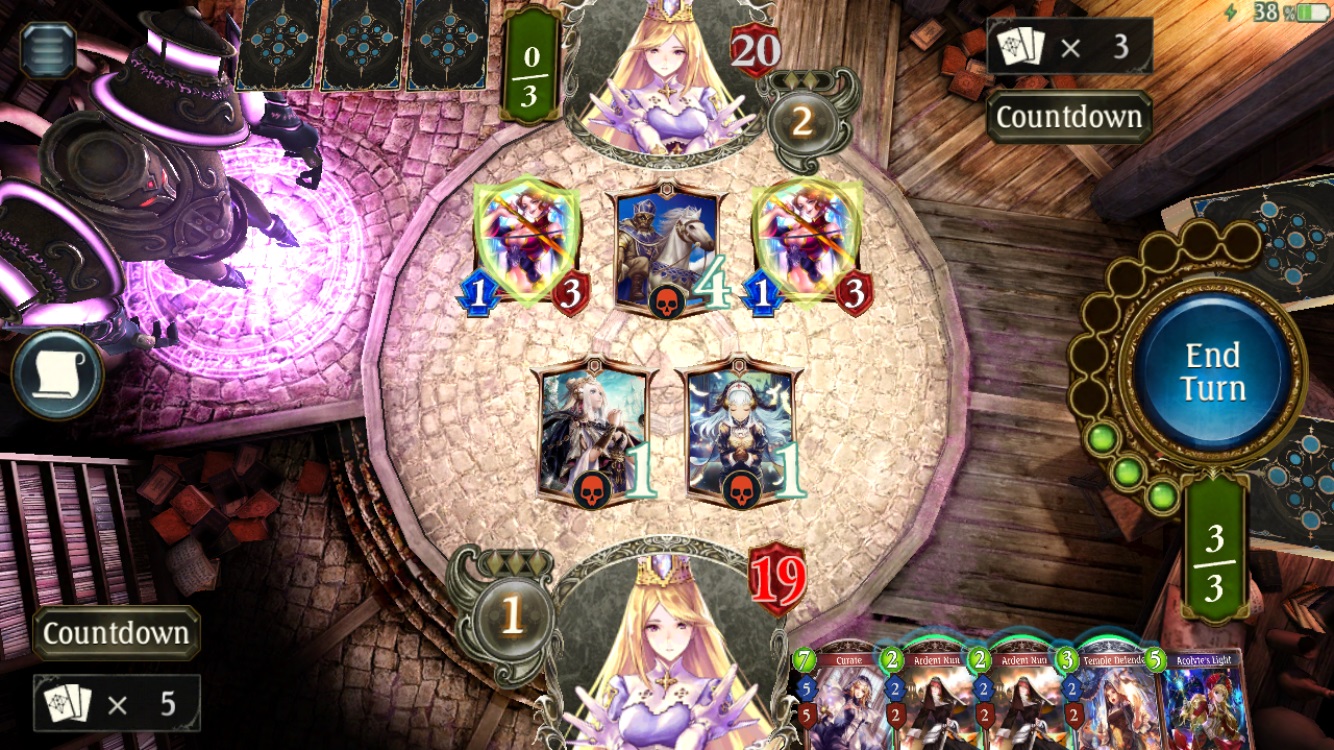 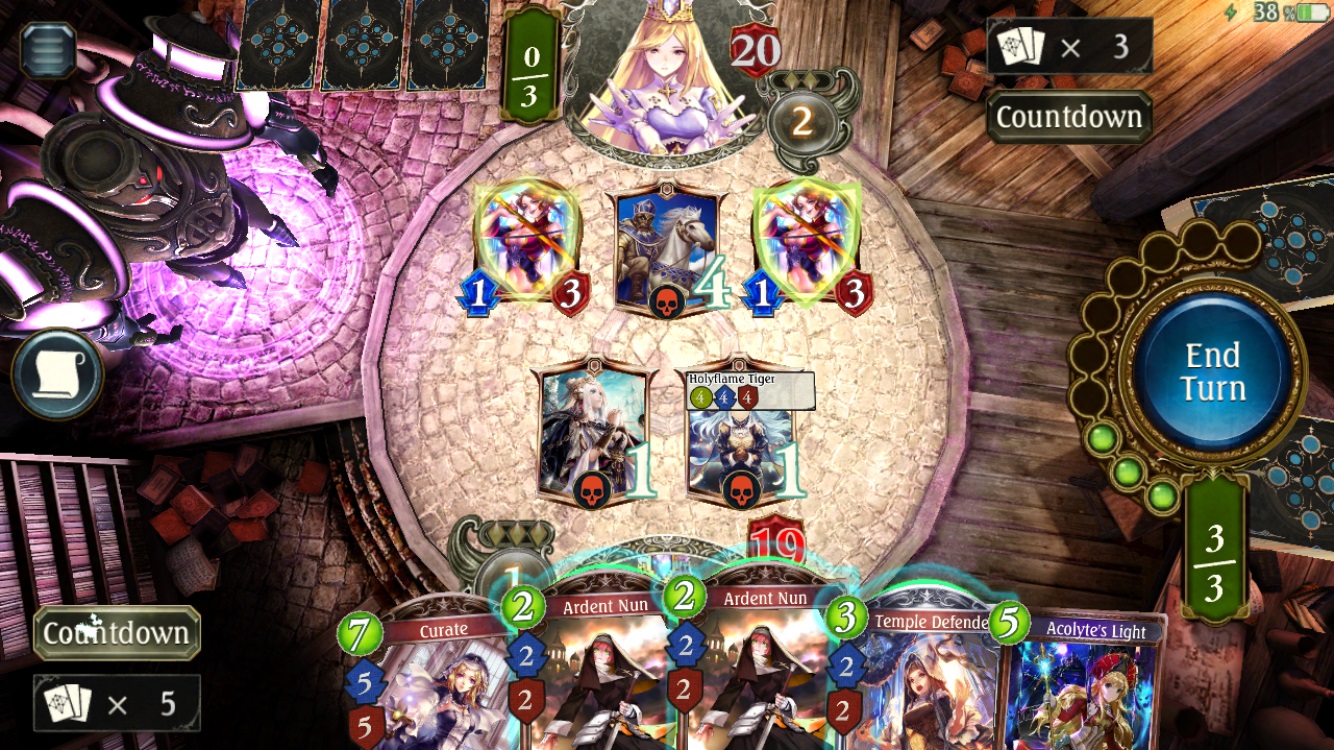 You can check which follower will spawn from each amulet by tapping the Countdown button in the lower left. However, abilities are not displayed, so you might want to practice with the deck before playing it in a real match.

Core of the Deck! 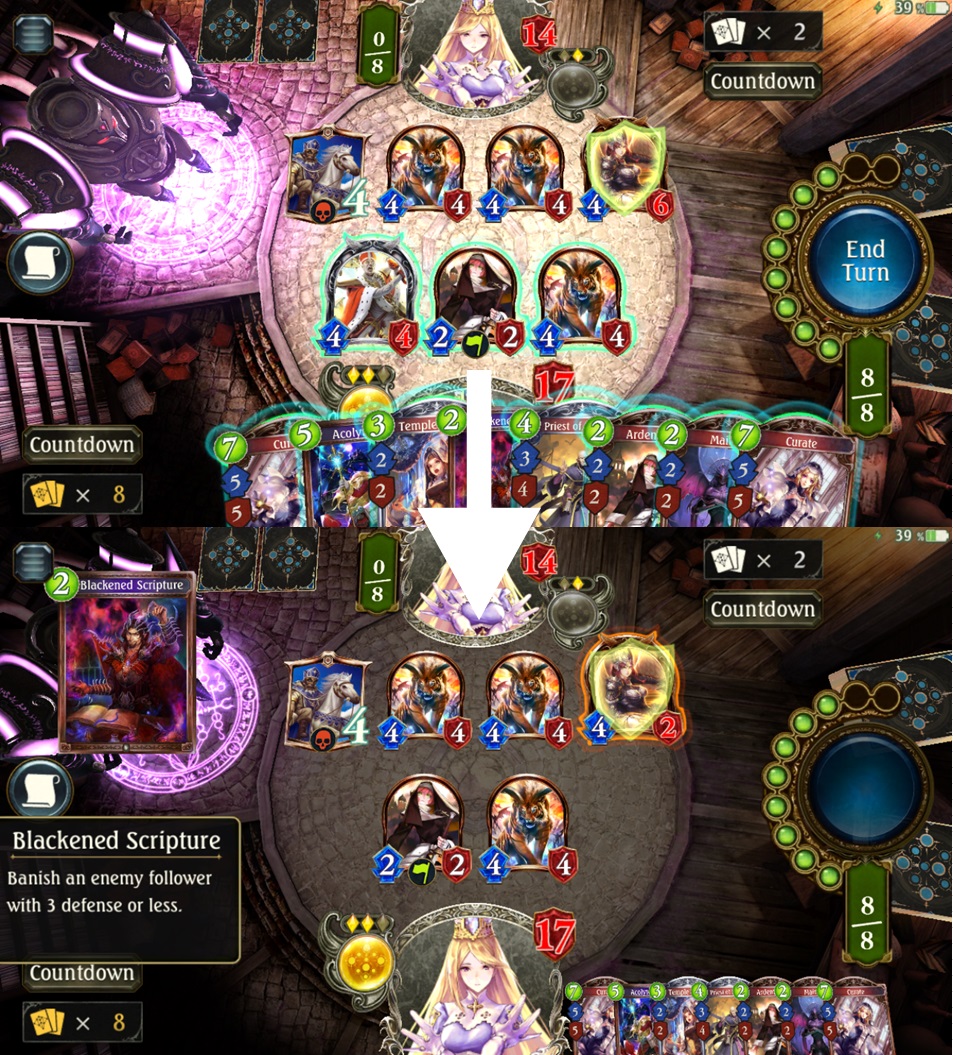 The effects of Blackened Scripture and Priest of the Cudgel become available once enemy-follower defense is low enough. Remember that you can use a low-cost follower to damage a bigger follower and then finish it off with one of these cards. Using your resources to their fullest is important when playing a control deck. 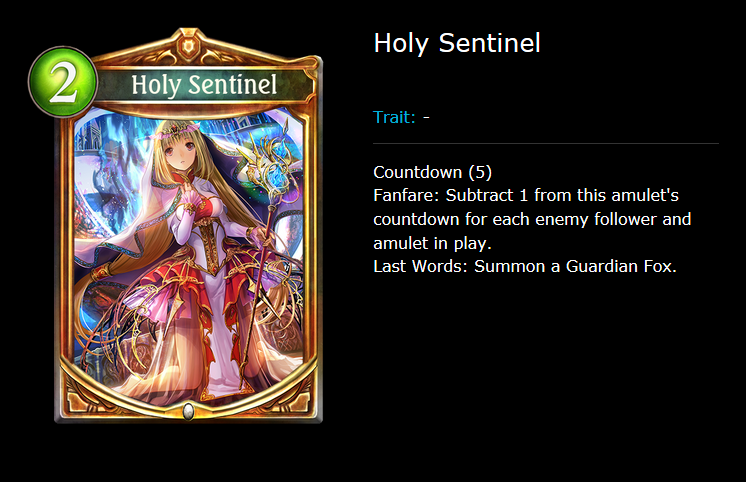 This card can be a godsend when you’re in a pinch. In the sample deck, swap it in for Noble Fangs to improve the defensive capability of the deck. 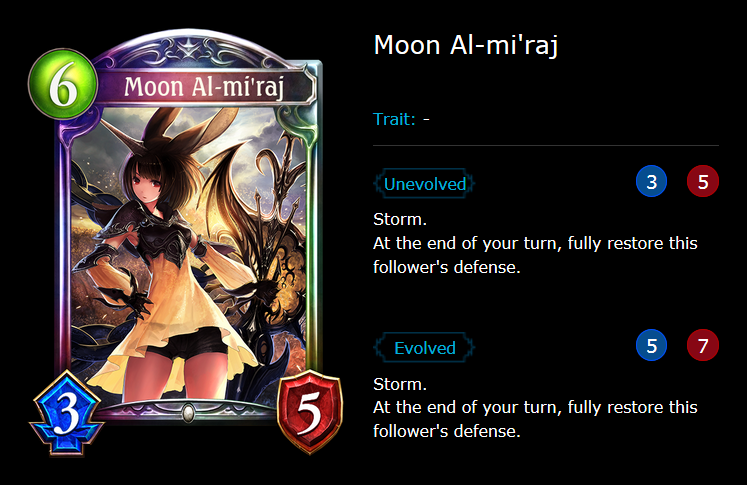 Moon Al-mir’raj could be considered the single card in Havencraft geared for offense. Its ability makes it extremely resilient, allowing you to keep opponents at bay. In the sample deck, swap it in for Divine Birdsong, Guardian Nun, or Gilgamesh. 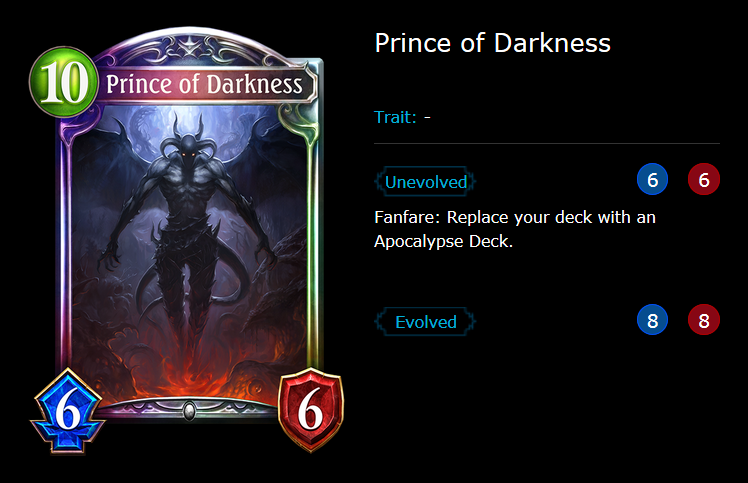 Prince of Darkness replaces your deck with an Apocalypse deck that has enough firepower to take out your opponent multiple times over. Though it has the highest card cost, it is also one of the best legendaries in the game. It is a perfect fit for Havencraft, which lacks win conditions, so try swapping it in for Gilgamesh in the sample deck.

Bludgeon those heathens into submission!

Save this wretched world! Let’s do it!